"Force Of Evil" Is Released

Force of Evil (1948) is a film noir directed by Abraham Polonsky who had already achieved a name for himself as a scriptwriter, most notably for the gritty boxing film Body and Soul (1947). Like Body and Soul it starred John Garfield.

The movie was adapted by Abraham Polonsky and Ira Wolfert from Wolfert's novel Tucker's People.

In 1994, Force of Evil was selected for preservation in the United States National Film Registry by the Library of Congress as being "culturally, historically, or aesthetically significant".

John Garfield, in the best performance of his career, portrays Joe Morse, an ambitious attorney who has long since abandoned his scruples in favor of monetary reward. Morse now represents the interests of crime boss Ben Tucker (Roy Roberts), who plans to take over the numbers racket in New York. Morse has devised a way of doing this legally and above-board, with no violence: Tucker's people will bring about the collapse of the illegal numbers racket in the city, using a race track-betting scam that will bankrupt the small-time underworld numbers banks; an investigation will ensue, along with a call for a legal numbers operation in the form of a lottery, which Tucker will control through Morse's machinations. The whole plan hinges on Morse's estranged brother, Leo (Thomas Gomez), a small-time numbers banker who is to be shielded from the collapse, and who will serve as the "legitimate" front for Tucker. Leo is the flaw in the plan, however, because not only can't he stand the sight of Joe, but he is also too honest to participate in the plan -- he doesn't want his employees, all decent people just looking to earn a living, forced into the employ of real gangsters. Joe orchestrates a series of police raids that force Leo into his corner, and Joe's plan seems to be working out, but then the whole enterprise is threatened when a rival mob, run by Tucker's former Prohibition-era partner, Fico (Paul Fix), starts pressuring Leo, trying to get to Joe and Tucker. Fico and his men aren't any different from Tucker's mob, except that they're prepared to start shooting sooner to get what they want. Tucker decides to hang tough and expects everyone, including Leo, to do the same, even when Fico starts sending thugs around to frighten everyone. Soon Joe is beset by problems on three fronts -- he wants his brother out of Tucker's combination and safe; he is trying to romance Leo's bookkeeper (Beatrice Pearson), who is too nice a girl for who he is; and his own well-being is threatened by both Fico and Tucker, and a state investigator who has already tapped the phone of Joe's otherwise respectable partner. All of these threads are pulled together in the final section of the film, which is as violent and disturbing, yet poetic and graceful a resolution as any crime film of the 1940s ever delivered. Force of Evil was star-crossed almost from the start, as many of the people involved, including star John Garfield and director Abraham Polonsky (a writer making his debut behind the camera, with help from assistant director Don Weis in doing the camera set-ups and blocking), were suspect at the time for their leftist political views. Indeed, the company that made Force of Evil, Enterprise Productions, was also in trouble for the leftist leanings of its films in the midst of the Red Scare, and went out of business just as the movie was finished -- dropped by United Artists and picked up by MGM, of all studios, Force of Evil made it into theaters during Christmas week of 1948, not the ideal schedule for something as grim (albeit great) as this film was. As it turned out, it was Polonsky's last chance to direct for more than 20 years, and Garfield's last completely successful film. And a movie that should have been a triumph for all concerned ended up a cult favorite. ~ Bruce Eder, All Movie Guide 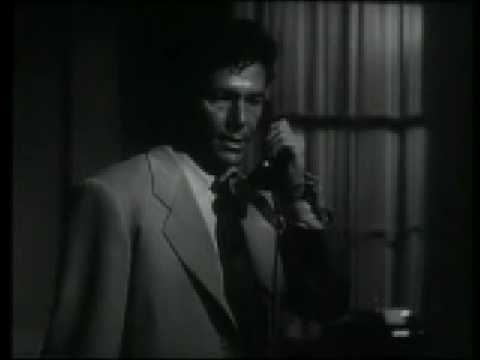