The Hostages Trial (The U.S. vs. Wilhelm List, et al.)

The trial got its name from the issue it dealt with.

The Hostages Trial (or, officially, The United States of America vs. Wilhelm List, et al.) was held from 8 July 1947 until 19 February 1948 and was the seventh of the twelve trials for war crimes the U.S. authorities held in their occupation zone in Germany in Nuremberg after the end of World War II. These twelve trials were all held before U.S. military courts, not before the International Military Tribunal, but took place in the same rooms at the Palace of Justice. The twelve U.S. trials are collectively known as the "Subsequent Nuremberg Trials" or, more formally, as the "Trials of War Criminals before the Nuremberg Military Tribunals" (NMT).

This case is also known as the "Southeast Case" because the defendants were all German generals leading the troops in south-eastern Europe during the Balkans Campaign, i.e. in Greece, Albania, and what was then Yugoslavia (and also in Norway), and they were charged as those responsible for the hostage-taking of civilians and wanton shootings of these hostages and of "partisans" that the German troops committed there in the years from 1941 on.

The judges in this case, heard before Military Tribunal V, were Charles F. Wennerstrum (presiding judge) from Iowa, George J. Burke from Michigan, and Edward F. Carter from Nebraska. The Chief of Counsel for the Prosecution was Telford Taylor, the chief prosecutor for this case was Theodore Fenstermacher. The indictment was filed on May 10, 1947; the trial lasted from July 8, 1947 until February 19, 1948. Of the 12 defendants indicted, Franz Böhme committed suicide before the arraignment, and Maximilian von Weichs was severed from the trial due to medical reasons. Of the remaining ten defendants, two were acquitted; the others received prison sentences ranging from seven years to lifetime imprisonment. 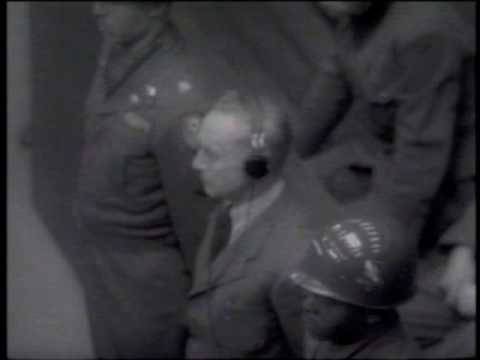