Crossfire (1947) is a film noir drama film which deals with the theme of anti-Semitism, as did that year's Academy Award for Best Picture winner, Gentleman's Agreement.

The film was directed by Edward Dmytryk and the screenplay was written by John Paxton, based on the novel The Brick Foxhole by screenwriter and director Richard Brooks. The film features Robert Mitchum, Robert Young, Robert Ryan and Gloria Grahame. It received five Academy Award nominations, including Ryan for Best Supporting Actor and Gloria Grahame for Best Supporting Actress.

This drama was one of the first major-studio efforts to confront anti-Semitism (beating the Oscar-winning Gentleman's Agreement by several months), and it features a standout performance from Robert Ryan as a bigoted soldier on the run. Monty Montogomery (Ryan) is a violent and unstable soldier who, while out on a pass, goes on a drinking spree with three buddies, Floyd (Steve Brodie), Arthur (George A. Cooper), and Leroy (William Phipps). While boozing it up in a tavern, the four men meet Joseph Samuels (Sam Levene) and strumpet Ginny (Gloria Grahame), who invite the soldiers back to their apartment for a party. Monty, however, has a fierce hatred of Jews, and he later goes into a drunken rage in which he beats Joseph to death. Monty's friends can barely remember the incident through their liquor-shrouded memories, but they recall just enough to make themselves scarce when police detective Capt. Finlay (Robert Young) begins making the rounds looking for information on Joseph's murder. Sgt. Kelly (Robert Mitchum), a soldier who knows the four men, begins to suspect that something is up, and he works with his wife and Finlay to help ferret out the killer in his ranks, while Monty kills Floyd when he becomes convinced that he's going to talk to the authorities. While director Edward Dmytryk showed real bravery in bringing this story to the screen, it had greater repercussions than he might have expected; the film's controversial themes led to Dmytryk's denunciation by the House Un-American Activities Committee during the McCarthy-era investigations of the 1950s. Luckily, unlike other filmmakers who suffered similar accusations by HUAC, Dmytryk continued to work steadily through the '50s and '60s. ~ Mark Deming, All Movie Guide 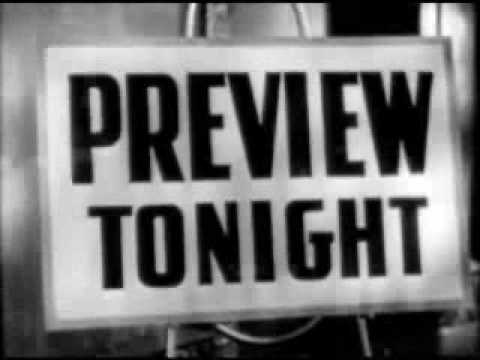