The Truman Doctrine is a set of principles of U.S. inland policy created on March 12, 1947 by President Harry S Truman.

In this, Truman declared that the United States, as leader of the "free world," must support capitalism worldwide and fight against communism. The approach was conceived with the help of George Marshall and Dean Acheson, two influential associates of Truman, which generalized his hopes for Greece and Turkey into a doctrine applicable throughout the world. The Soviet Union was clearly at the heart of Truman's thoughts, but it was never directly mentioned in his speech. Truman was attempting to solve Eastern Europe's instability while making sure that communism would not spread to nations like Greece and Turkey.

Many Americans were against the Truman Doctrine, because they thought that the United States could not handle the situation by itself.

The Truman Doctrine represented the harsh aspect of containment policy, and the Marshall Plan was the soft side. The declaration of the Truman Doctrine served to inhibit the formation of coalition governments that included communists.

Truman fought to promote anti-Communism in Greece and Turkey. He put forth his policy of containment in order to obstruct Communism and stimulate a free and just government that would protect basic human rights. The Truman Doctrine combined political, economic, and strategic elements. Truman strived to strengthen the non-Soviet world by encouraging political liberty and economic prosperity; he also made freedom the centerpiece of the American postwar foreign policy.

The gravity of the situation which confronts the world today necessitates my appearance before a joint session of the Congress. The foreign policy and the national security of this country are involved.”

With the Truman Doctrine, President Harry S. Truman established that the United States would provide political, military and economic assistance to all democratic nations under threat from external or internal authoritarian forces. The Truman Doctrine effectively reoriented U.S. foreign policy, away from its usual stance of withdrawal from regional conflicts not directly involving the United States, to one of possible intervention in far away conflicts.

The Truman Doctrine arose from a speech delivered by President Truman before a joint session of Congress on March 12, 1947. The immediate cause for the speech was a recent announcement by the British Government that, as of March 31, it would no longer provide military and economic assistance to the Greek Government in its civil war against the Greek Communist Party. Truman asked Congress to support the Greek Government against the Communists. He also asked Congress to provide assistance for Turkey, since that nation, too, had previously been dependent on British aid.

Source: US Department of State Added by: Rob Brent 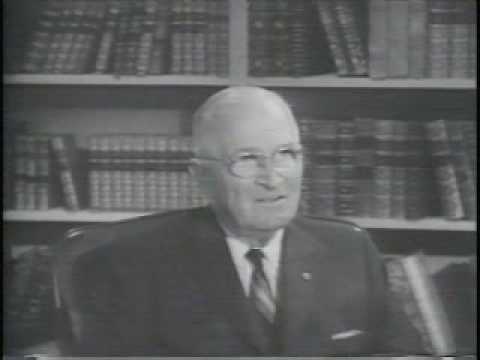