Chuck Yeager's two cracked ribs hurt like hell, but he was darned if a little tumble from a horse in the Mojave Desert was going to stop him from breaking the sound barrier.

The U.S. Air Force was counting on him. It was his ninth flight in the experimental rocket plane XS-1, each one having edged closer to Mach 1, the never crossed barrier past which man would fly faster than the speed of sound. It was dangerous, he knew. A British test pilot had been blown to bits going Mach 0.94. The crew at Murdoc Air Base in California, not knowing the extent of Yeager's injuries, sent him off with a jolly "Hi-yo, Silver!"

Climbing painfully down into the XS-1 as it lay in the airborne belly of the huge mother ship, a B-29, Yeager snapped the cover shut using a sawed-off broom. At 20,000 ft., he dropped out of the bomb bay with a jolt. With all four rockets firing, the plane started shaking violently. The Mach needle edged up past 0.965, and then it went off the scale. Yeager was thunderstruck.

He was flying supersonic, and "it was as smooth as a baby's bottom: Grandma could be sitting up there sipping lemonade," he said later. He half didn't believe it—until the tracking crew ran up and reported hearing the world's first sonic boom, a sound that marked the end of the Wright Brothers' era and the beginning of the age of the astronauts, taking humankind into outer space. His XS-1 had accelerated to Mach 1.06, or 700 m.p.h. That night Yeager fixed his buddies a pitcher of martinis to celebrate. But the world would have to wait to learn of Yeager's feat. It was all top secret until Aviation Week broke the story in December. The government wouldn't come around to confirming it had happened until May 1948.

1947: Capt. Charles E. “Chuck” Yeager pilots the rocket-powered Bell X-1 to a speed of Mach 1.07, becoming the first person to fly faster than the speed of sound. In breaking the sound barrier, Yeager becomes the fastest man alive — and the legend of the X-Planes begins.

As airplanes flew faster and faster throughout the 1930s, pilots began to experience a number of problems associated with the increased airspeed. Aircraft such as the Lockheed P-38 and Republic P-47 flew just fine at ordinary speeds in level flight. But if pilots put them in a high-speed dive, they began to experience control problems that led to the deaths of several pilots.

The main problem facing these pilots was the aerodynamic condition known as compressibility. Simply stated, at speeds well below the speed of sound, most of the air molecules have time to get out of the way of an aircraft as it approaches, and the density of the air does not change.

However, as the speed of sound is approached, the air molecules can’t get out of the way, and more of them hit the aircraft. The impact compresses the air in front of the aircraft and increases the air density. Eventually shock waves form around the airplane, affecting the lift and drag. These changes were not well-understood and led to the loss of control in several aircraft.

Because the effects of compressibility are directly related to the speed of sound, a ratio is used to describe the speed of an aircraft. The Mach number is the speed at which an object is traveling relative to the speed of sound at a particular temperature. The name is in honor of physicist Ernest Mach, who studied high-speed gas dynamics.

The Bell X-1 was developed to research aerodynamics in the transonic region, or speeds just below and just above the speed of sound. After numerous flights with civilian test pilots, Capt. Yeager of the newly formed U.S. Air Force made his first powered flight in the X-1 on Aug. 29, 1947, high over the Mojave Desert of southern California.

Over the next several weeks, Yeager piloted the X-1, named ‘Glamorous Glennis’ after his wife, on several flights creeping closer and closer to the sound barrier. In his autobiography, Yeager, the legendary test pilot writes about one of the surprises discovered during the experimental test flights: “I was flying at 0.94 Mach at 40,000 feet, experiencing the usual buffeting, when I pulled back on the control wheel, and Christ, nothing happened!” Yeager had experienced one of the control problems associated with transonic flight. “The airplane continued flying with the same attitude and in the same direction.”

The problem Yeager was experiencing was the ineffectiveness of the X-1’s pitch controls, as shock waves essentially created an aerodynamic shadow around the tail. Changes were made to the horizontal tail controls, allowing Yeager to control the airplane’s ability to pitch up and down, and flights continued. This knowledge would lead to the all-flying tail, or stabilator, standard on all supersonic fighters today.

Yeager was nursing two broken ribs on the morning of Oct. 14, after being thrown from his horse on a ride the night before. He boarded the B-29 bomber that was to carry the Bell X-1 to altitude. The plan was to fly to Mach 0.97. But Yeager says the new moving tail boosted his morale, and he wanted to fly faster.

After climbing down into the X-1, which was carried like a bomb in the belly of the B-29, Yeager’s friend and fellow test pilot Jack Ridley handed him a short, sawed-off section of broomstick. Yeager would use it to close the canopy of the X-1, because his broken ribs prevented him from closing the latch normally.

The X-1 was dropped, and the first two chambers of the rocket were ignited to carry the plane to 40,000 feet. Still climbing, Yeager ignited the last two chambers, and as the speed passed Mach 0.96, he says the ride started to smooth out. After watching the needle on the Machmeter fluctuate a bit, it suddenly went off the end of the scale. (In a less-than-optimistic design, the instrument topped out at Mach 1.0.)

People on the ground heard what sounded like distant thunder. It was the first sonic boom ever created by an aircraft. At age 24, Yeager had flown faster than the speed of sound.

The flight was kept secret, and the world wouldn’t know about the first supersonic flight until months later. The X-1 would fly more than a hundred more times, reaching a speed of Mach 1.45.

Subsequent X-1 models would fly more than twice the speed of sound. Later X-Planes would fly even faster, reaching hypersonic speeds where the density of the air wasn’t the only thing to change: They would fly so fast, the chemistry of the air would change.

Capt. Yeager would go on to become Gen. Yeager and the iconic test pilot. He was the first commandant of the Air Force’s test-pilot school and continued commanding fighter squadrons into the 1960s.

Now age 86, Yeager will return this Saturday to the skies over the Mojave desert. He’ll make a now-routine supersonic flyby to kick off Edwards Air Force Base’s air show and open house.

Yeager remained in the Air Force after the war, becoming a test pilot at Muroc Army Air Field (now Edwards Air Force Base) and eventually being selected to fly the rocket-powered Bell X-1 in a NACA program to research high-speed flight, after Bell Aircraft test pilot "Slick" Goodlin demanded $150,000 to break the sound "barrier." Such was the difficulty in this task that the answer to many of the inherent challenges were along the lines of "Yeager better have paid-up insurance." Yeager broke the sound barrier on October 14, 1947, flying the experimental X-1 at Mach 1 at an altitude of 45,000 feet (13,700 m). Two nights before the scheduled date for the flight, he broke two ribs while riding a horse. He was so afraid of being removed from the mission that he went to a veterinarian in a nearby town for treatment and told only his wife, as well as friend and fellow project pilot Jack Ridley about it.

On the day of the flight, Yeager was in such pain that he could not seal the airplane's hatch by himself. Ridley rigged up a device, using the end of a broom handle as an extra lever, to allow Yeager to seal the hatch of the airplane. Yeager's flight recorded Mach 1.07, however, he was quick to point out that the public paid attention to whole numbers and that the next milestone would be exceeding Mach 2. Yeager's X-1 is on display at the Smithsonian Institution's National Air and Space Museum. Yeager was awarded the MacKay and Collier Trophies in 1948 for his mach-transcending flight, and the Harmon International Trophy in 1954.

Some aviation historians contend that American pilot George Welch broke the sound barrier before Yeager, once while diving an XP-86 Sabre on October 1, 1947, and again just 30 minutes before Yeager's X-1 flight. There was also a disputed claim by German pilot Hans Guido Mutke that he was the first person to break the sound barrier, on April 9, 1945, in a Messerschmitt Me 262. 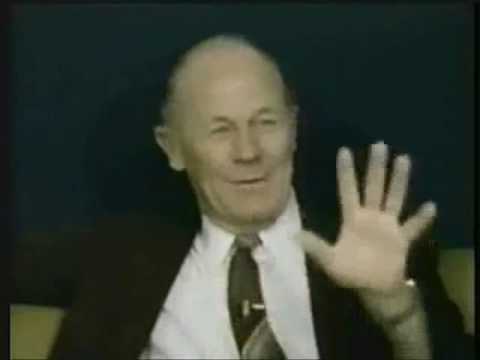 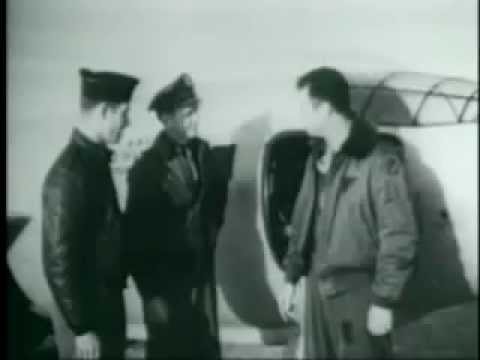 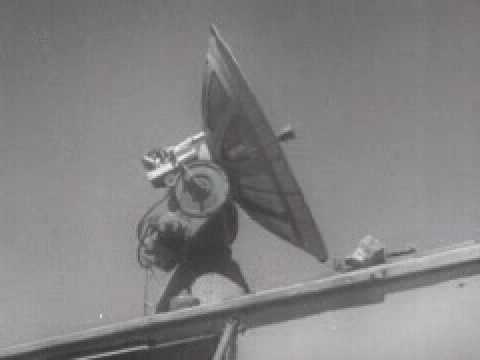 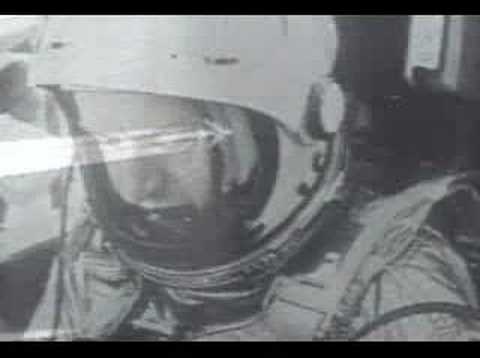