It was released on Columbia Records, Set C-112, March 4, 1946. It was first issued as a set of four 78 rpm records totaling eight songs, and went to #1 on the fledgling Billboard chart. It stayed at the top for seven weeks in 1946, spending a total of eighteen weeks on the charts. The album chart consisted of just a Top Five until August 1948.
It also holds the distinction of being the first pop album catalogue item at 33⅓ rpm, when Columbia premiered long-playing vinyl records in 1948, ten-inch and twelve-inch format for classical music, ten-inch only for pop. The Voice was reissued as a 10" LP, catalogue number CL 6001 in 1948. It was also later issued as two 45 rpm EPs in 1952, a 12" LP with a changed running order including only five of the original tracks in 1955, and a compact disc with extra tracks in 2003.
Certain critics have claimed The Voice to be the first concept album. Beginning in 1939, however, singer Lee Wiley started releasing albums of 78s dedicated to the songs of a single writer, Cole Porter for example, a precursor to the Songbooks sets formulated by Norman Granz and Ella Fitzgerald in 1956. These may loosely be termed concept albums, although Sinatra with The Voice inaugurated his practice of having a common mood, theme, or instrumentation tying the songs together on a specific release.
The tracks were arranged and conducted by Axel Stordahl and his orchestra, on both dates consisting of a string quartet and four-piece rhythm section, augmented by flutist John Mayhew in July, and, ironically given the part he would play with Sinatra at Columbia in the early 1950s, oboist Mitch Miller in December. Sinatra would record most of these songs again at later stages in his career.
The cover depicted to the right is that of the 1948 reissue as a ten-inch long-player. 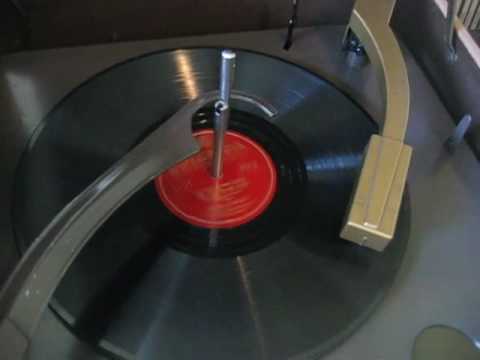