Great Expectations is a 1946 British film directed by David Lean and based on the novel by Charles Dickens.

It stars John Mills, Valerie Hobson, Finlay Currie, Martita Hunt, and Alec Guinness. Jean Simmons, who played the role of the young Estella in the film, later played Miss Havisham in a 1989 version directed by Kevin Connor. It was the first of two films Lean directed based on Dickens' novels, the other being his 1948 adaptation of Oliver Twist.

Immediately grabbing the audience's attention with a heart-stopping opening scene in a dark graveyard, acclaimed British director David Lean realizes the cinematic potential of Charles Dickens' classic 1861 novel, and the result is considered by many to be one of the finest literary adaptations ever made as well as one of the greatest British films of all time. Crystallized into a tight 118-minute running time by Lean, Ronald Neame, and a corps of uncredited contributors, this is the story of young Pip, a lad of humble means whose training as a gentleman is bankrolled by a mysterious benefactor. Along the way, Pip falls in love with the fickle Estella, befriends the cheerfully insouciant Herbert Pocket, has memorable encounters with the escaped convict Magwitch and the lunatic dowager Miss Havisham, and almost (but not quite) forgets his modest origins as the foster son of kindhearted blacksmith Joe Gargery. The role of Pip is evenly divided between Anthony Wager as a child and John Mills as an adult; Alec Guinness makes his starring film debut as the jaunty Pocket; Jean Simmons and Valerie Hobson are costarred as the younger and older Estella; and Martita Hunt is unforgettable as the mad Miss Havisham ("It's a fine cake! A wedding cake! MINE!") Remade several times, Great Expectations resurfaced in 1989 as a TV miniseries, with Jean Simmons, originally the young Estella, tearing a passion to tatters as Miss Havisham; and in 1998 it was remade again, in a contemporary version, with Ethan Hawke, Gwyneth Paltrow, Robert DeNiro, and Anne Bancroft in the Miss Havisham role. ~ Hal Erickson, All Movie Guide 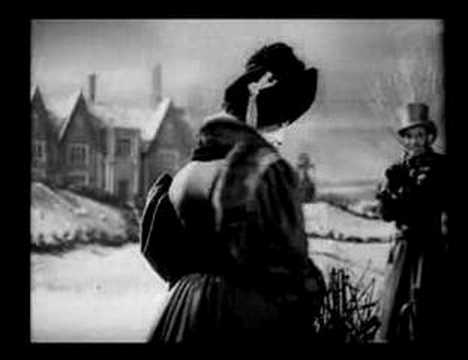