Victory over Japan Day (V-J Day, also known as Victory in the Pacific Day, or V-P Day) is a name chosen for the day on which the Surrender of Japan occurred, effectively ending World War II, and subsequent anniversaries of that event.

The term has been applied to both the day on which the initial announcement of Japan's surrender was made in the afternoon of August 15, 1945 in Japan and to August 14, 1945 where it is observed as V-J Day in the United States when it was announced because of time zone differences in the Western Europe, the Americas, the Pacific Islands, and Australia and to September 2, 1945 when the formal signing of the surrender was made. The name V-J Day had been selected by the Allies after they named V-E Day for the victory in Europe.

A formal surrender ceremony was performed in Tokyo Bay, Japan aboard the battleship U.S.S. Missouri on September 2, 1945. In Japan, the day usually is known as the "memorial day for the end of the war" (終戦記念日); the official name for the day is however "the day for mourning of war dead and praying for peace" (戦歿者を追悼し平和を祈念する日). This official name was adopted in 1982 by an ordinance issued by the Japanese government.

The day is commemorated as Liberation Day in Korea and some other nations.

In the early morning of 2 September 1945, at the American-occupied port of Yokohama, General of the Army Douglas MacArthur, delegates of the Allied Powers, senior U.S. military officers and a large contingent of media representatives boarded the U.S. Navy destroyers Nicholas (DD-449), Buchanan (DD-484) and Taylor (DD-468). The ships steamed several miles out into Tokyo Bay to USS Missouri, coming alongside her port side to discharge their passengers between 7:07 and 8:38 AM.

Japan's delegates were taken to the vicinity by the destroyer Lansdowne (DD-486) and were transferred to a small boat for the final leg of their journey to the Missouri. They were to arrive at an embarkation ladder on the battleship's starboard side a few minutes before the scheduled 9AM commencement of the surrender ceremonies. 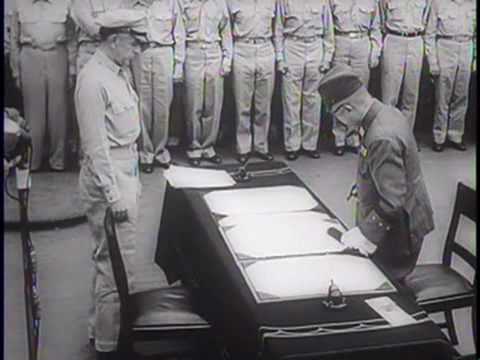 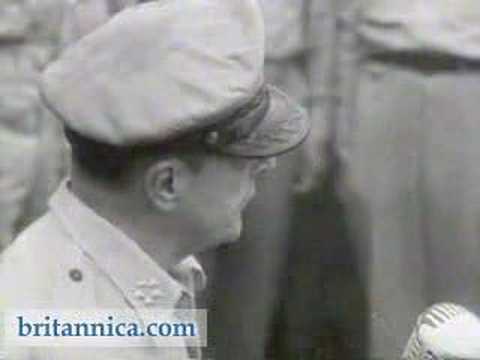