A B-25 “Billy Mitchell” bomber belonging to the US Army Air Corps crashed into the Empire State Building. The plane was enroute to the Newark Airport located in New Jersey when it struck the 102-story structure. The odds against such an incident ever happening were computed as being 10,000 to 1. But weather flying conditions at the time helped contribute to the incident.

Lt. Col. William F. Smith a 27-year-old West Point Graduate was piloting the plane at the time of the incident. He was a combat veteran and had flown for two years over the skies of Europe. During his time in Europe he had amassed over a thousand hours flying time. For the hours he had flown Col. Smith was awarded the Distinguished Flying Cross, Air Medal and the Croix de Guerre for his wartime service in the European theater.

On the foggy morning of Saturday, July 28, 1945, Lt. Colonel William Smith was piloting a U.S. Army B-25 bomber through New York City. He was on his way to Newark Airport to pick up his commanding officer, but for some reason he showed up over LaGuardia Airport and asked for a weather report. Because of the poor visibility, the LaGuardia tower wanted to him to land, but Smith requested and received permission from the military to continue on to Newark. The last transmission from the LaGuardia tower to the plane was a foreboding warning: "From where I'm sitting, I can't see the top of the Empire State Building."1

Avoiding Skyscrapers
Confronted with dense fog, Smith dropped the bomber low to regain visibility, where he found himself in the middle of Manhattan, surrounded by skyscrapers. At first, the bomber was headed directly for the New York Central Building but at the last minute, Smith was able to bank west and miss it. Unfortunately, this put him in line for another skyscraper. Smith managed to miss several skyscrapers until he was headed for the Empire State Building. At the last minute, Smith tried to get the bomber to climb and twist away, but it was too late.

On a Saturday morning in July of 1945, Army Air Corps bomber pilot Lt. Colonel William Smith was trying to fly his B-25 bomber through a steadily increasing fog. He was on his way to Newark airport to pick up his commanding officer when he appeared above New York Municipal airport (now La Guardia airport) about 25 miles to the east of his destination. He was requesting a weather report.

Municipal tower reported extremely poor visibility over New York, and urged him to land, but Lt. Colonel Smith requested and received clearance from the military to continue his flight. “From where I’m sitting,” the tower operator warned, “I can’t see the top of the Empire State Building.” Despite the advice from the Municipal tower, Smith plunged into the soupy fog with his two crewmen, bound for Manhattan.

On July 28, 1945, residents of New York City were horrified when an airplane crashed into the Empire State Building, leaving 14 dead. Though the events of that day have largely faded from public memory, they remain etched in the minds of those who experienced them.

It was the waning days of World War II, and a B-25 bomber was flying a routine mission ferrying servicemen from Massachusetts to New York City's LaGuardia Airport. The day was foggy. Capt. William F. Smith, who had led some of the most dangerous missions in WWII in Europe, was the pilot. 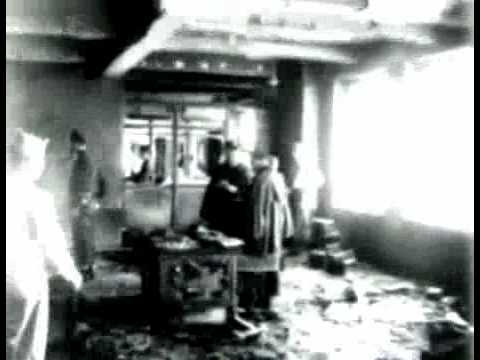 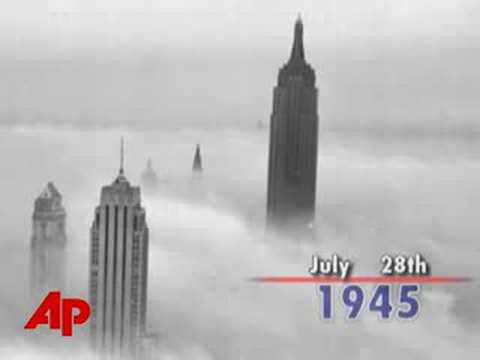