On the 13th June 1945 a USAAF B-24H Liberator with 9 crew and 6 US army passengers took off from Prestwick for home, having survived the War.

The exact events are unknown but it appears the airplane lost its way in poor visibility and glanced off the nearby mountain of Slioch. The airplane started to break up as it circled Gairloch bay and on its second run in to the bay, possibly trying to ditch, it failed to clear the rocky knolls near Sidhean Mor and crashed into an area known as the Fairy Lochs, all on board were killed instantly.

Although small and remote, the Fairy Lochs are notable as the crash site of an American World War II bomber. On June 13, 1945, a USAAF B-24 Liberator bomber (serial 42-95095, based at the Warton Aerodrome) was returning home to the USA from Prestwick Airfield at the end of World War II.

The crew of nine was from 66th Bomber Squadron; also on board were six crewmen from Air Transport Command.

Its route via Keflavík (Meeks Field) in Iceland should have taken it over Stornoway in the Western Isles, but for an unknown reason the aircraft instead flew over the Scottish mainland. Over Wester Ross the aircraft began to lose height, and struck the summit of Slioch, a 980m mountain overlooking Loch Maree, losing parts of its bomb bay doors, before flying on towards Gairloch. An attempted crash-landing resulted in the B-24 colliding with rocks and crashing into the Fairy Lochs, scattering wreckage over a wide area. All 15 crew and passengers on board perished in the accident. 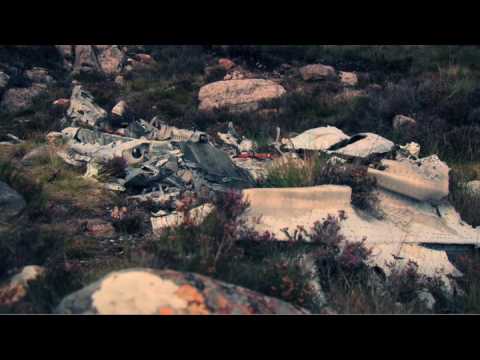