Despite the loss of Wola, the Polish resistance stiffened.

Zośka and Wacek battalions managed to capture the ruins of the Warsaw Ghetto and liberate the Gęsiówka concentration camp, freeing about 350 Jews. The area became one of the main communication links between the insurgents fighting in Wola and those defending the Old Town. On 7 August German forces were strengthened by the arrival of tanks using civilians as human shields. After two days of heavy fighting they managed to bisect Wola and reach Bankowy Square. However, by then the net of barricades, street fortifications and tank obstacles was already well-prepared and both sides reached a stalemate, with heavy house-to-house fighting.

Between 9 August and 18 August pitched battles raged around the Old Town and nearby Bankowy Square, with successful attacks by the Germans and counter-attacks from the Poles. German tactics hinged on bombardment through the use of heavy artillery and tactical bombers, against which the Poles were unable to effectively defend, as they lacked anti-aircraft artillery weapons. Even clearly marked hospitals were dive-bombed by Stukas.

Although the Battle of Stalingrad had already shown the danger a city can pose to armies which fight within it and the importance of local support, the Warsaw Uprising was probably the first demonstration that in an urban terrain, a vastly under-equipped force supported by the civilian population can hold its own against better-equipped professional soldiers—though at the cost of considerable sacrifice on the part of the city's residents. The Poles held the Old Town until a decision to withdraw was made at the end of August. On successive nights until 2 September, the defenders of the Old Town withdrew through the sewers, which were a major means of communication between different parts of the Uprising. Thousands of people were evacuated in this way. Those that remained were either shot or transported to concentration camps like Mauthausen and Sachsenhausen once the Germans regained control.

Up until August 27 the Germans lost 91 officers and 3,770 NCOs (non-commissioned officers) and men, of which 28 officers and 629 NCOs and men died in action. The units in the Old Town suffered the heaviest losses--sometimes as much as 50% of their total strength. The Supreme Commander Ninth Army signaled his superiors, "I see no prospect of holding Warsaw with my present forces." Above all Dirlewanger’s units, referred to as "hard" and "merciless" (meaning that they suffered ridiculously heavy casualties), were dreadfully depleted. They demonstrated the minimal value of these "punishment units." Although they suffered most heavily, they advanced least of all. Thus it made very little difference when Dirlewanger’s brigade was reinforced with a further 1,500 concentration camp convicts. 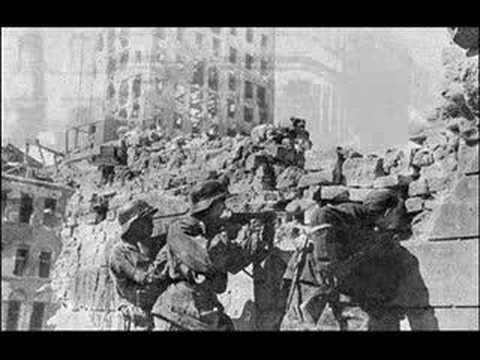