The Slovak National Uprising (Slovak: Slovenské národné povstanie, abbreviated SNP) or 1944 Uprising was an armed insurrection organized by the Slovak resistance movement during World War II. It was launched on August 29, 1944 from Banská Bystrica in an attempt to oust the collaborationist government of Jozef Tiso. Although the rebel forces were defeated by Germany, guerrilla warfare continued until the Soviet Army seized Slovakia in 1945.

In the post-war period, many political entities attempted to "hijack" the uprising to their credit. The communist regime in Czechoslovakia presented the Uprising as an event initiated and governed by communist forces. Slovak nationalists, on the other hand, claim that the uprising was a plot against the Slovak nation, as one of its main objectives was to oust the regime of the puppet Slovak state and reestablish Czechoslovakia, in which Slovaks were dominated by Czechs. In fact, many factions fought in the uprising, including large rebel units of the Slovak Army, Slovak partisans, communist partisans, and international forces. Given this fractionalization, the Uprising did not have unambiguous popular support. Yet, the participants and supporters of the Uprising represented every religion, class, gender, age, and anti-Nazi political fraction of the Slovak nation.

In the aftermath of Munich, Slovak politicians from the democratic parties (Republican Party of Farmers and Peasants, Czechoslovak Social Democratic Party, and Czechoslovak National Socialist Party) organized a resistance movement. Individual underground cells sprang up in towns and villages throughout Slovakia. A campaign of "whispering" propaganda was initiated to alert the acquiescent Slovak population to the true nature of the Tiso regime. The goal of the democratic resistance was the restoration of the Czechoslovak Republic, but with greater participation for Slovakia. In the spring of 1939, the "Zeta" headquarters was established in Bratislava to coordinate with the Czech resistance and to transmit intelligence information to the liberation movement abroad. Party Communists remaining in Slovakia formed the underground Communist of Slovakia (Komunisticka strana Slovenska--KSS) and until 1943 favored the creation of an independent "Soviet Slovakia." 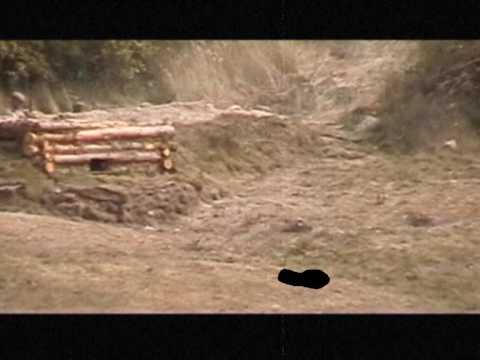