When Italy surrendered to the Allies in the fall of 1943, German forces actively hunted down and, in some cases executed, the Italian soldiers and simultaneously began serious attacks on EDES. There is evidence that Zervas then struck a deal with the German army. The right-wing partisans and Germans agreed not to attack each other. This truce left the Germans free of sabotage in some areas and allowed EDES to suppress local Communist rivals. The EDES-German truce ended in 1944, when the Germans began evacuating Greece and the British agents in Greece negotiated a ceasefire (the Plaka agreement).

By August of 1944 the Russians have crossed through Romania and into the Balkans. The Germans in Greece are in danger of being cut off from their homeland and begin a retreat north. As the last German soldiers take the swastika down from the Acropolis and begin to drive through the city towards the road north they pass through crowds of Athenians in a state of joy, waving the blue and white Greek flags, embracing, while bells ring all over the city. It is a happy time for those in Athens who have survived the occupation, but their joy is not destined to last. 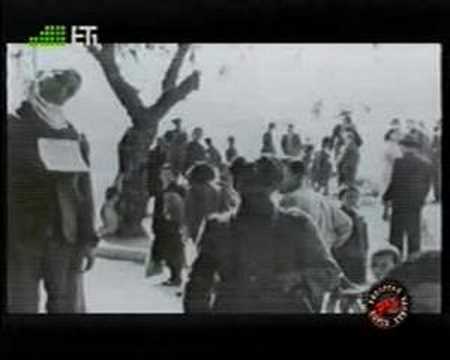