On 18 July 942 Allied bombers and fighters attacked five villages on the eastern end of Caen in order to facilitate Operation Goodwood.

The attacks took place at dawn and were helped by good weather. Four of the targets were marked by pathfinders; for the fifth target the bombardiers had to find another way to find their mark. Supported by American bombers and fighters, the British dropped approximately 6,800 tons of bombs on the villages and surrounding area. Two German units, the 16th Luftwaffe Field Division and the 21st Panzer Division were hit hard by the bombing. German air defences and ground troops were able to shoot down six aircraft.

The three Allied armoured divisions had to overcome water obstacles and a minefield in order to reach their line of departure. The Orne River and the Caen Canal was an obstacle for the British troops during their advance. Six small bridges were available for the 8,000 vehicles including the tanks, the artillery, the motorised infantry, the engineers and the supply vehicles to cross the river. It was obvious that there would be a large traffic problem. Dempsey's solution was nearly fatal: he directed his Corps commander O'Connor to leave the infantry, engineers, and artillery on the other side until all of the tanks got across. This broke up the British combined-arms team before the Germans were even engaged.
After the tanks got over the bridges, the British had to cross a minefield of anti-tank and anti-personnel mines laid only a few days before by the 51st Highland Division. This obstacle would have taken a massive effort from the engineers to be cleared before the battle. There was a concern that, since the Germans had observation posts on the chimneys of the steel plant in the suburb of Colombelles and could observe the mine clearing effort, they would have been forewarned of the attack. However, tactical surprise had already been lost. The engineers of the 51st Highland Division had taken the two nights before the battle to clear 17 corridors through the minefield.

VIII Corps gave up the element of surprise as the tanks were slowed by the bridges and minefields. Through rare aerial reconnaissance and observation from Coucelles, the Germans had plenty of time to prepare their defences. Thus, Anthony Beevor, states more effort to clear additional lanes through the minefields should have been undertaken; however the engineering resources of Second Army, I and VIII Corps as well as divisional engineers had already been put to work between 13 July and the evening of 16 July building six new roads from west of the Orne river to the start lines east of the river and canal. I Corps engineers were also constructing new bridges across the Orne River and Caen Canal while strengthening the existing bridges prior to the attack. Engineers from the 3rd and 51st divisions had been tasked with clearing the minefield and had cleared 19 40-foot (12 m) wide gaps had been completed by the morning of 18 July. Following Operation Goodwood it took Royal Engineers five days, during daylight hours, to lift all the mines placed in front of the positions previously held by 51st (Highland) Infantry Division.

Additionally, fire support was not effective; the artillery regiments stayed west of the Orne as per Dempsey's orders, so that the main German defence at Bourguebus Ridge was not in range. Additionally, coordination between the field artillery and the tanks was lacking.

It became clear that the area that had been selected was strategically poor. There were many small villages, and in each one there was a small German garrison, each connected by tunnels as well as many observation posts that could be used to watch the progress of the Allies.

The German artillery on the Bourguebus Ridge at Cagny and Emieville was not weakened by either prior air or artillery attacks. From these positions the German guns as well as the 16th Luftwaffe Field Division dug in on the ridge had free fields of fire. Behind the ridge, were the remnants of the 21st Panzer Division with 78 88 mm guns and 40 tanks.

Second Army over-tasked the 11th Armoured Division. Although it was the unit that led the attack, it also was tasked with cleaning out the small villages along the front lines, namely Cuverville and Demouville. These were to be secured by units following the initial effort, but instead the armoured brigades attacked Bourguebus Ridge while the Motorised Infantry brigades took care of the villages. This slowed the attacks down and prevented meaningful cooperation.

For the most part, VIII Corps pressed forward very slowly. The 29th Armoured brigade of the 11th Armoured Division made the biggest gains, capturing almost 7 miles (11 km) of ground lateral to the British front.

When the railroad at “Caen Vimont” was reached at 09:30, the German troops had recovered from the bombardment. Twelve British tanks were destroyed by one 88 mm gun that fired on them several times. The British advanced slowly and crossed the rail line in order to approach the Bourguebus Ridge held by the 21st Panzer Division, the 1st SS Panzer Division and numerous artillery pieces.

For most of the day, the 29th Armoured Brigade, 11th Armoured Division, was without artillery support. The 159th Infantry Brigade was busy clearing out two villages behind the 29th Armoured Brigade. The remaining two armoured divisions were also busy crossing the bridges or passing through the minefields. At dawn on the 18th, only one tank battalion of the 7th Armoured division was involved in combat while most of the remaining armour units had to wait from 10:00 to midday on 18 July to cross the Orne.

Individual tank battalions fought without support and behind one another instead of fighting together which was what was planned at the outset of the operation. Most of the ground gained came on the morning of 18 July. On the right flank of the operation, Canadian 3rd Infantry Division advanced through the southern part of Caen, finally liberating the city that day.

The Germans began a counterattack after midday on 18 July that lasted until 20 July. General Montgomery brought the operation to a close, citing bad weather as the reason.

During the Battle of Normandy in World War II, Caen saw intense and bitter combat between Allied and Axis forces. British and Canadian forces finally captured during Operation Charnwood, and the city on July 9, 1944. In the preceding month-long battle, many of the town's inhabitants had sought refuge in the Abbaye aux Hommes, built on the orders of William the Conqueror some 800 years before. Post-WWII rebuilding took 14 years (1948-1962) and led to the current urbanization of Caen.

By the end of D-Day, the Allies had achieved their main goal of carving out a beachhead along the Normandy coast. They were then to move inland, with the Canadians and the British pushing south towards Caen. Once again, however, Caen was not to be an easy prize. From 7 to 12 June, the 3rd Canadian Division would encounter well-led and effective German troops, including an SS Panzer Division. 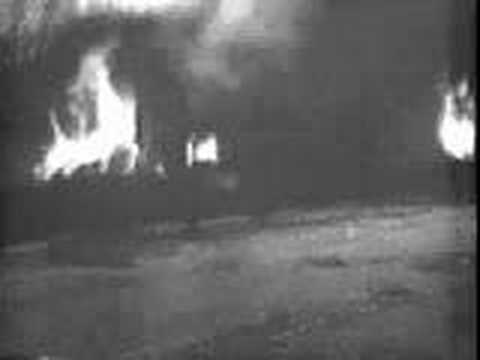