Before daybreak and without an initial artillery bombardment, the Highland infantry advanced in silence towards the village of Sainte-Honorine-la-Chardronette. They took the German garrison by surprise and had complete control of the village before sunrise. During the morning the Highlanders were counterattacked by elements of the 21st Panzer Division's Kampfgruppe von Luck; fighting lasted all morning, but by midday the village was firmly in British hands. This success diverted German attention and resources away from VIII Corps front, as the corps prepared for further attacks out of the Orne bridgehead.
At 0415 on 25 June, the 49th (West Riding) Infantry Division, supported by the 8th Armoured Brigade and 250 artillery pieces, launched Operation Martlet against elements of the Panzer Lehr and 12th SS Panzer divisions. The operation's first objective, the village of Fontenay-le-Pesnel, was fought over all day, but stubborn German resistance prevented its capture. One infantry battalion, supported by tanks, advanced around the village to the west and took the Tessel Wood, but was subjected to a series of German counterattacks. These were blunted by British artillery fire and close air support, but by the end of the day the 49th Division had failed to achieve their ultimate goal of the village of Rauray, leaving the terrain dominating the right flank of VIII Corps' intended advance still in German hands. Operation Martlet did however force I SS Panzer Corps to commit the remaining tanks of 12th SS Panzer to XXX Corps' front, for a planned counterattack the following day. During the night, the Germans in Fontenay-le-Pesnel withdrew to straighten the front line, and infantry from the 49th Division secured the village before dawn.
The following day, 27 June, the 49th Division continued to attack. 146th Brigade captured the Tessel-Bretteville wood but could not push beyond it. The 70th Infantry Brigade/8th Armoured Brigade taskforce was more successful, driving rapidly southwards and infiltrating Rauray. Heavy fighting raged in the village throughout the day but by nightfall it was in British hands. The 70th Brigade prepared to continue advancing south the following day.

On the morning of 28 June, 1st Tyneside Scottish of 70th Brigade began infiltrating into Brettevillette, south of Rauray. By the afternoon though, German pressure on this exposed position increased, as elements of Kampfgruppe Weidinger of 2nd SS Panzer Division were hastily thrown into the Odon front to gain time for the imminent arrival of the II SS Panzer Corps. The British were ejected from Brettevillete and formed a new defensive line around Rauray. The spur was in British hands and 49th Division prepared to defend it.

Between 29-30 June, the 49th Division remained in this defensive line around Rauray, being sporadically shelled and fired at by KG Weidinger. The main attack by II SS Panzer Corps took place further south, so the division's front was largely 'quiet', except for continued German and British reconnaissances.

On 1 July, KG Weidinger began an assault at 0600 hours against Rauray. Supported by armour, it drove straight on the village, isolating the 1st Tyneside Scottish to the south. Sharp fighting ensued around Rauray as the 11th Durham Light Infantry and the 1st Tyneside Scottish struggled to repel the Germans. At around 1000 hours the Germans began to withdraw and preparations were made to follow up this withdrawal but at 1100 hours a renewed assault was launched against the village by KG Weidinger but again failed to breach the British line. A final attack, launched around midday by the 9th SS Panzer Division to the south again made little progress, in spite of four hours of fighting. By 1800 hours the Germans withdrew for the last time. The 70th Brigade had been hit heavily, 1st Tyneside Scottish in particular losing 132 men alone on this day. However, the line had been held, and Odon Bridgehead was now largely secure.

In order to strengthen the right flank of the Operation Epsom, General O' Connor launched a preliminary attack coded Martlet. On 25 June 1944, the 50th Infantry Division Highland, under Major-General Rennie, and the 8th Armoured Brigade tanks moved towards Hottot-les-Bagues. While the 49th Infantry Division West Riding commanded by Major-General Thomas attacked Fontenay-le-Pesnel. Facing the Allied Forces, the front line was held by an infantry battalion of the Panzer-Lehr Division.

Source: 1944 The Battle of Normandy, The Memory Added by: Rob Brent 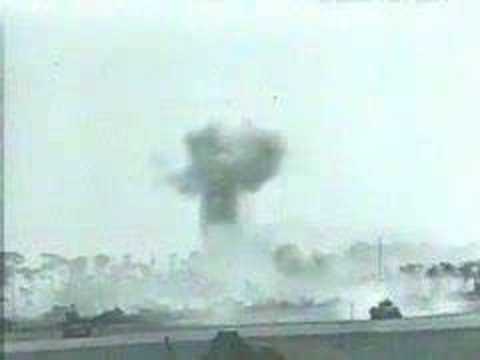