At that point the tragedy of Distomo begins.

The residents, that did not accomplish to slip from Diaskelo earlier, the only unguarded crossing towards the sea, are closed terrified in their houses. Wild soldiers run through the deserted streets of the village with the lance of arm. They enter the houses, they kill, they burn, they slaughter and rape. Women, men, children, old men and women, even infants of few days old, passed through the same scary Golgotha. Owfull are heard the lamentations and cries of those who die. As new Herods, the Hitler civilizers exterminate the bantlings of Distomo.

The Distomo massacre (Greek: Η σφαγή τού Διστόμου; German: Massaker von Distomo or Distomo-Massaker) was a Nazi war crime perpetrated by members of the Waffen-SS in the village of Distomo, Greece, during the Axis occupation of Greece during World War II.

On June 10, 1944, over two hours, Waffen-SS troops of the 4th SS Polizei Panzergrenadier Division under the command of SS-Hauptsturmführer Fritz Lautenbach went door to door and massacred Greek civilians, reportedly in revenge for a partisan attack. A total of 218 men, women and children were killed.According to survivors, SS forces "bayoneted babies in their cribs, stabbed pregnant women, and beheaded the village priest."

In the 1960s, the government of West Germany paid Greece 115 million marks in restitution. Later four relatives of victims made claims for individual compensation and sued in the German courts and the European Court of Human Rights, which could have made Germany liable for several billion dollars in reparations. The claims were denied by the European Court of Human Rights and by German lower courts and in June 2003 were rejected by the Federal Court of Justice. 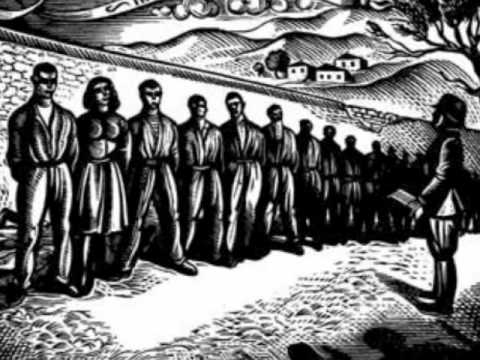