'To Have and Have Not' Premieres In New York

Although Howard Hawks had a high regard for Hemingway's works in general, he considered To Have and Have Not his worst book, a "bunch of junk," and told Hemingway so; Hawks and Hemingway worked on the story together.

The film preserves the book's title, and the names and characteristics of some of the characters, but nothing from beyond the first fifth of the volume. The setting was moved from Cuba to Martinique in order to placate the Roosevelt administration's "good neighbor" policy that did not want to show Cuba in an unfavorable light. The screenplay was further developed by Jules Furthman, and, at the end, William Faulkner (an intense rival of Hemingway). In addition, Slim's part was greatly extended to take advantage of the Bogart-Bacall chemistry. 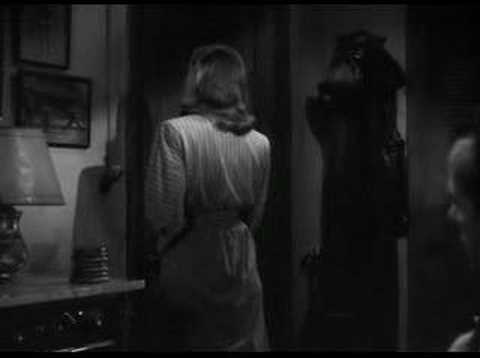