"The Miracle Of Morgan's Creek" Is Released

The Miracle of Morgan's Creek, which was filmed in 1942 and early 1943, but not released until 1944, was nominated for a 1945 Academy Award for Best Original Screenplay, and in 2001 it was selected for preservation in the United States National Film Registry by the Library of Congress as being "culturally, historically, or aesthetically significant". The film ranks #54 on the American Film Institute's 100 Years... 100 Laughs list of the top 100 funniest films in movie history.

The 1958 film Rock-A-Bye Baby, starring Jerry Lewis, was loosely based on The Miracle of Morgan's Creek. Preston Sturges received a credit for that film, but did not actually participate in the project.

"Some are born great, some achieve greatness, some have greatness thrust upon 'em." Firmly in the latter category is Norval Jones (Eddie Bracken), a feckless wartime 4-F who must stand by helplessly as his sweetheart Trudy Kockenlocker (Betty Hutton) entertains every visiting GI in town. One morning after a particularly wild night, Trudy labors under the apprehension that last eve, she'd married a soldier named Ratzkywatzky or something. Evidently something had happened that night, for soon Trudy discovers that she's pregnant. Hiding this information from her bombastic policeman father (William Demarest), Trudy begs Norval to tell the world that he's the father. He agrees, but only after secretly wedding Trudy under an assumed name. Complications and disasters pile up thick and fast, and before long Norval is facing arrest on a variety of charges. Providentially, Trudy gives birth to sextuplets-and suddenly Norval is a national hero! This vintage Preston Sturges farce plays so fast and loose with the censorial restrictions of mid-1940s Hollywood that critic James Agee was moved to comment that, "the Hays office must have been raped in its sleep." As usual, Sturges populates his cast with steadfast members of his stock company-- including, in guest roles, Brian Donlevy and Akim Tamiroff, the stars of his previous film, The Great McGinty. Originally filmed in 1942, Miracle was held from release from two years, not because of censor problems but because its parent studio, Paramount, was overloaded with product. Miracle of Morgan's Creek was remade (and considerably laundered) as the 1958 Jerry Lewis vehicle Rock-a-bye Baby. ~ Hal Erickson, All Movie Guide 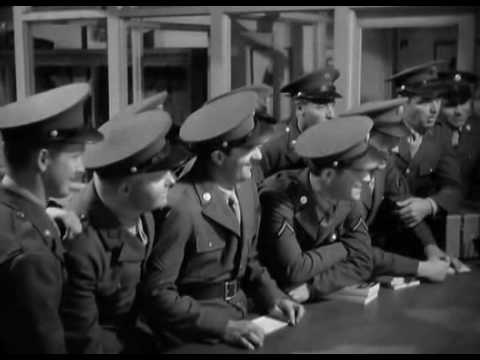