"The Ox-Bow Incident" Is Released

The Ox-Bow Incident is a 1943 western movie directed by William A. Wellman and starring Henry Fonda, Dana Andrews, Mary Beth Hughes, Anthony Quinn, William Eythe, Harry Morgan and Jane Darwell . It was nominated for the Academy Award for Best Picture. In 1998, The Ox-Bow Incident was selected for preservation in the United States National Film Registry by the Library of Congress as being "culturally, historically, or aesthetically significant."

The movie was adapted from the 1940 novel of the same name, written by Walter Van Tilburg Clark.

Made-for-television adaptation of the Walter Van Tilburg Clark novel about a lynch mob that pounces on three men whom they think are cattle rustlers and murderers. (Alternate title: Lynch Mob) ~ Nicole Gagne, All Movie Guide 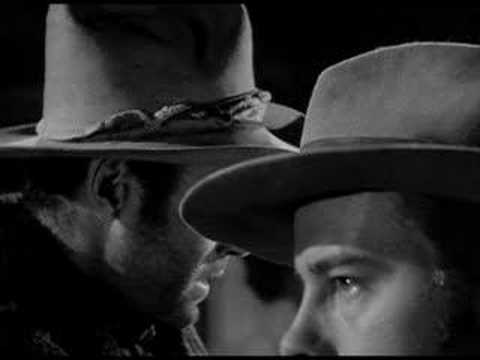