On March 15, 1943, the Germans began deporting the Jews from Thessaloniki.

Every three days, freightcars crammed with an average of 2,000 Thessaloniki Jews headed toward Auschwitz-Birkenau.

Prior to the Second World War, there existed two main groups of Jews in Greece: the scattered Romaniote communities which had existed in Greece since antiquity; and the approximately 50,000-strong Sephardi Jewish community of Thessaloniki, originally formed from Jews fleeing the Spanish Inquisition in the Middle Ages. The latter had played a prominent part in the city's life for five centuries, but as the city had only become a part of the modern Greek state during the First Balkan War, it was not as well-integrated.

When the occupation zones were drawn up, Thessaloniki passed under German control. Thrace passed under Bulgarian control. Despite initial assurances to the contrary, the Nazis and Bulgarians gradually imposed a series of anti-Jewish measures. Jewish newspapers were closed down, local anti-Semites were encouraged to post anti-Jewish notices around the cities, Jews in the German and Bulgarian zones were forced to wear the Star of David so they could be easily identified and further isolated from the Greeks. Jewish families were kicked out of their homes and arrested while the Nazi-controlled press turned public opinion against them. By December 1942, the Germans began to demolish the old Jewish cemetery in Thessaloniki so the ancient tombstones could used as building material for sidewalks and walls. The site of the old cemetery is today occupied by the campus of the Aristotle University of Thessaloniki. 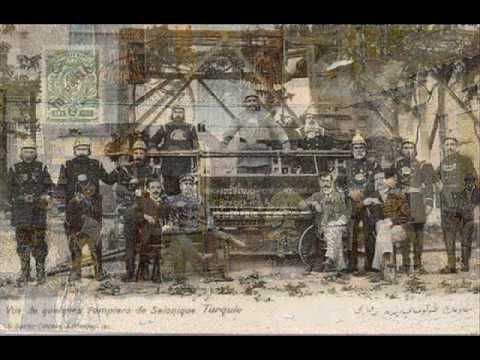