"NOTHING SHORT OF APPALLING" -- SAYS SUN EDITOR WHO SAW FIRE.
NO FLAMES AT START OF HOLOCAUST, BUT SMOKE WAS EXTREMELY DENSE -- NO CRIES OR SCREAMS REACHED EARS OF BYSTANDERS.

Lowell -- Chance made me a witness of the Boston night club disaster at the Coconaut Grove last Saturday night, and what I saw was nothing short of appalling. Words can hardly describe the horror which unravelled before the eyes of those on the street who watched one body after another taken out of the building.
Somewhere in the vicinity of 10:30 p.m. (I am not sure of the exact time; it may have been a little earlier), MR. and MRS. JAMES B. COFFEY of 184 A street, MR. and MRS. ARTHUR T. McMANMON of Boston, and my wife and I, drove our car into a large garage located not more than 75 yards from one of the two entrances to the Cocoanut Grove. The shifting gears of our automobile had locked in third, and we wanted to see if a garage man could release them.
When we drove in the garage there was no sign whatsoever of any undue activity in the vicinity of the Cocoanut Grove; at least if there were we saw none of it, and we were in a position to see, I thought.
I had been in the garage for certainly less than five minutes when I first heard the sirens of fire engines. For all I knew they were bound for some relatively distant point, and consequently I thought no more about them.

The Cocoanut Grove was a nightclub in Boston, Massachusetts, United States. On November 28, 1942, the fashionable nightclub burned in what remains the deadliest nightclub fire in United States history, killing 492 people and injuring hundreds more. It is also the second-worst single-building fire in American history; only the Iroquois Theater fire in Chicago in 1903 killed more (602). The tragedy shocked the nation and briefly replaced World War II news headlines. The fire led to a reform of fire codes and safety standards across the country and prompted a seminal study of grief. The club's owner, Barney Welansky, who had boasted of his ties to the Mafia and to Boston Mayor Maurice J. Tobin, was eventually found guilty of involuntary manslaughter.

The club, a former speakeasy located at 17 Piedmont Street in what is now Boston's Bay Village neighborhood, was filled with approximately 1,000 occupants that evening, more than twice its official capacity of 460. The club had recently been expanded with the addition of a lounge, which opened onto an adjacent street. Decorated in a Casablanca tropical style, the restaurant, bars, and lounges inside were fitted out with flammable paper palm trees, cloth draperies covering the ceiling, flammable furniture, and other flimsy decorations, some of which obscured exit signs.

Official reports state the fire started at about 10:15 p.m. in the dark, intimate Melody Lounge downstairs. A young pianist and singer, Goody Goodelle, was performing on a revolving stage, surrounded by artificial palm trees. It was believed that a young man, possibly a soldier, had removed a lightbulb in order to give himself privacy while kissing his date. Stanley Tomaszewski, a 16-year-old busboy, was instructed to put the light back on by retightening the bulb. As he attempted to tighten the light bulb back into its socket, the bulb fell out in his hand. In the dimly-lit lounge, Tomaszewski, unable to see the socket, lit a match for a moment to illuminate the area, found the socket, blew out the match, and replaced the bulb. Almost immediately, patrons saw something ignite in the canopy of artificial palm fronds draped above the tables.

Flip through this," said retired firefighter Charles Kenney of Harwich, handing over a document with 11 pages of names. "Force yourself to turn every page. It gives you an idea of what the Cocoanut Grove fire meant to Boston. Page after page of names, 492 of them, all dead. It's hard to comprehend." Few events have taken a greater toll on Boston's psyche than the Cocoanut Grove fire 50 years ago next Saturday night. Hollywood rarely provides the drama of that 15-minute fire, rarely captures the horror and never conveys the agony endured by victims and their families for days, even years.

There were heroes, such as the sailor who ran in three times to rescue people and on the fourth became a victim, and there were ghouls who rifled bodies for money and looted corpses of rings.

Located in what is now Bay Village, the Cocoanut Grove was one of Boston's most elegant clubs. Lined with palm trees, it was a tropical paradise. In summer, the roof could be rolled back electrically for dancing under stars. Upstairs, in the dining room, shortly after 10, Mickey Alpert's band was about to begin the second show. Downstairs, the piano player was banging out "Bell Bottom Trousers" in the Melody Lounge, where the fire began.

While these people were trapped and tangled with one another the flames reached the front door. It was impossible then for anyone to get out.” 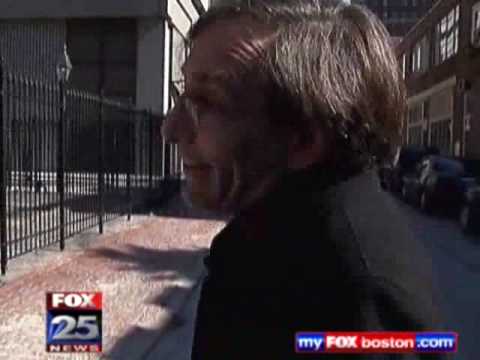 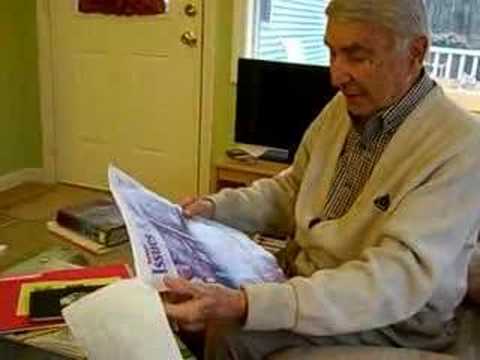