"The Lady Eve" Is Released

The Lady Eve is a 1941 screwball comedy film about a mismatched couple who meet on a luxury liner, written by Preston Sturges based on a story by Monckton Hoffe, and directed by Sturges, his third directorial effort, after The Great McGinty and Christmas in July. The film stars Henry Fonda and Barbara Stanwyck and features Charles Coburn, Eugene Pallette, William Demarest and Eric Blore.

In 1994, The Lady Eve was selected for preservation in the United States National Film Registry by the Library of Congress as being "culturally, historically, or aesthetically significant".

(Preston Sturges) wrote and directed this classic romantic comedy starring Henry Fonda and Barbara Stanwyck, who are involved in a scintillating battle of the sexes, as Sturges points up the terrors of sexual passion and the unattainability of the romantic ideal. Henry Fonda plays Charles Pike, the heir to the Pike Ale fortune ("The Ale That Won for Yale"). An ophiologist (a snake expert), he just spent a year "up the Amazon" looking for rare snakes with his cynical and protective guardian/valet Muggsy (William Demarest). He arrives to board the S.S. Southern Queen bound for New York, and immediately becomes the main order of business for a collection of single women looking to nab the eligible bachelor. Amongst those watching Charles board are a trio of con men and cardsharps -- Colonel Handsome Harry Harrington (Charles Coburn), his partner Gerald (Melville Cooper), and the Colonel's daughter Jean (Barbara Stanwyck). All three see Charles as a pushover and at dinner, while all the women are ogling Charles, Jean wins the day by sticking out her foot and tripping him. Complaining to Charles that he should watch where he is going, she gets him to escort her to her cabin so that she can replace her broken heel. Charles is sexually attracted to Jean, but when Charles is about to make a pass at her, she pulls back, telling him, "You ought to be put in a cage." Back in the dining room, Charles is introduced to the Colonel and the three play cards, Charles winning $500 from the Colonel and $100 from Jean. But Charles is merely being set-up for the next game when the Colonel will come in for the kill. Back at Jean's cabin, Charles and Jean sit close and something happens she hadn't planned -- she becomes attracted to Charles too. The next morning, Muggsy warns Charles that the Colonel and Jean are cardsharks, but Charles won't hear of it. Meanwhile, the Colonel is looking forward to fleecing Charles, but Jean doesn't want any part of it. Jean participates in the card game between Charles and the Colonel, making sure than the Colonel doesn't cheat. But while Jean waits on deck for Charles after the game, the Colonel plays Charles a game of double-or-nothing, with Charles losing $32,000. Jean, angry with her father, makes the Colonel tears up Charles' check. The next morning, Muggsy proves to Charles the three are con artists. Devastated, Charles shows Jean the photograph, claiming he knew she was a criminal the morning after he met her. Jean is determined to get even with Charles ("I hate that mug!"). Docking in New York, the Colonel reveals he merely palmed the $32,000 check. But that's not enough revenge for Jean. Impersonating an aristocratic English woman, Lady Eve Sidwich, Jean has herself introduced to Charles. Planning to make Charles to fall in love with her again, she intends to break his heart like he broke her own. As she explains, "I've got some unfinished business with him -- I need him like the axe needs the turkey." ~ Paul Brenner, All Movie Guide 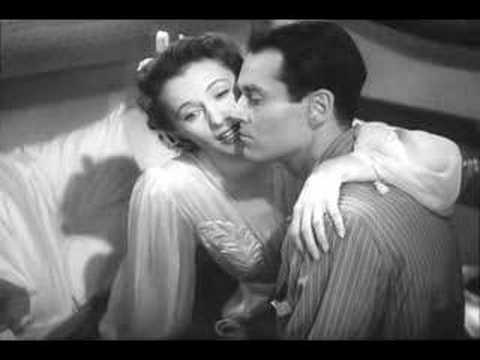