On the evening of 2 January 1941 during World War II the cathedral was severely damaged when a landmine was dropped near it during the Cardiff Blitz, blowing the roof off the nave, south aisle and chapter house.

The top of the spire also had to be reconstructed and there was also damage to the organ. Of British cathedrals, only Coventry Cathedral was damaged more, during the infamous Coventry Blitz.

Major restorations and reconfigurations were carried out under architect George Pace of York, and the building was back in use in June 1958. The Queen attended a service celebrating the completion of the restoration on 6 August 1960. The Welch Regiment memorial chapel was constructed, and Sir Jacob Epstein created the figure of Christ in Majesty which is suspended above the nave on a concrete arch designed by George Pace.

During World War II, Cardiff, Wales Cardiff Docks was one of the biggest ports in the United Kingdom, and one of the largest and busiest coal exporting ports in the World.[citation needed] Consequently it was heavily bombed by the Nazi German Luftwaffe due to its industrial importance and was one of the cities affected by the mass civilian evacuation. Llandaff Cathedral, amongst many other civilian buildings caught in the raids, was damaged by the bombing in 1941. 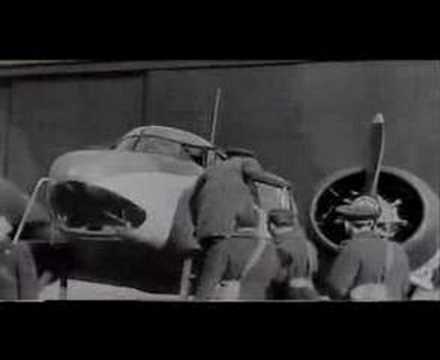