Despite the misgivings of Natalia and Trotsky's guards, Mornard was again allowed to see Trotsky alone—"three or four minutes went by," Natalia relates: "I was in the room next door.

There was a terrible piercing cry... Lev Davidovich appeared, leaning against the door frame. His face was covered with blood, his blue eyes glistening without spectacles and his arms hung limply by his side..." Mornard had struck Trotsky a fatal blow in the back of the head with a cut-down ice axe concealed in his raincoat. But the blow was not immediately lethal; Trotsky "screamed very long, infinitely long," as Mercader himself put it—and Trotsky courageously grappled with his assassin, preventing further blows.

Concealed within the raincoat slung over his arm, Mercador had an ice pick and a 14-inch blade. As the defenceless Trotsky leaned over his manuscript, Jacson-Mornard-Mercador plunged the ice pick into his skull.

Despite his mortal injury, Trotsky fought back, and restrained the assassin until his bodyguards entered the room. Although the injury at first appeared relatively superficial, Trotsky died a day later after an unsuccessful operation.

So ended the life of a man who was an exemplary Marxist theoretician and revolutionary leader. His cowardly murderer, Mercador, was jailed by the Mexican authorities, but on his release was awarded the Order of Lenin by Leonid Brezhnev in Moscow in 1961.

On 20 August 1940, Trotsky was attacked in his home in Mexico with an ice axe by undercover NKVD agent Ramón Mercader.

The blow was poorly delivered and failed to kill Trotsky instantly, as Mercader had intended. Witnesses stated that Trotsky spat on Mercader and began struggling fiercely with him. Hearing the commotion, Trotsky's bodyguards burst into the room and nearly killed Mercader, but Trotsky stopped them, laboriously stating that the assassin should be made to answer questions. Trotsky was taken to a hospital, operated on, and survived for more than a day, dying at the age of 60 on 21 August 1940 as a result of severe brain damage. Mercader later testified at his trial:

I laid my raincoat on the table in such a way as to be able to remove the ice axe which was in the pocket. I decided not to miss the wonderful opportunity that presented itself. The moment Trotsky began reading the article, he gave me my chance; I took out the ice axe from the raincoat, gripped it in my hand and, with my eyes closed, dealt him a terrible blow on the head.

According to James P. Cannon, the secretary of the Socialist Workers Party (USA), Trotsky's last words were "I will not survive this attack. Stalin has finally accomplished the task he attempted unsuccessfully before." 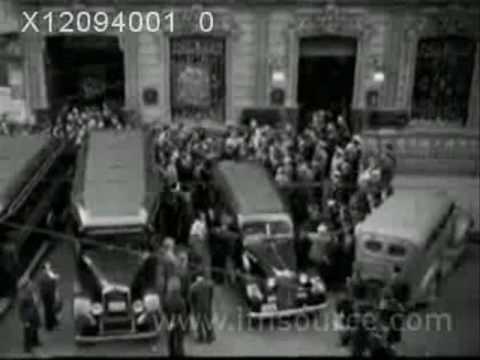