Sinking of the RMS Lancastria

She was bombed at 15:48 by Junkers 88 aircraft from II. Gruppe/Kampfgeschwader 30. Three direct hits caused the ship to list first to starboard then to port and she rolled over and sank within twenty minutes. Over 1,400 tons of fuel oil leaked into the sea and was set partially ablaze, possibly by strafing. Many drowned, were choked by the oil, or were shot by the strafing German aircraft. Survivors were taken aboard other evacuation vessels, the trawler Cambridgeshire rescuing 900. There were 2,477 survivors. The death toll accounted for roughly a third of the total losses of the British Expeditionary Force in France. She sank around 5 nm (9 km) south of Chémoulin Point in the Charpentier roads, around 9 nm (17 km) out of St. Nazaire. The Lancastria Association Victim registers 1,738 deaths.

The immense loss of life was such that the British government banned any public announcements of the disaster through the D-Notice system, but the story was broken by the New York Times and The Scotsman newspapers on 26 July. The British press did then cover the story, including front pages of the Daily Herald (also on 26 July) and Sunday Express on 4 August; the latter included a photograph of the capsized ship with its upturned hull lined with men under the headline "Last Moments of the Greatest Sea Tragedy of All Time". Due to the imposition of the D-Notice, survivors and the crews of the ships that had gone to the aid of Lancastria did not discuss the disaster at the time due to the fear of court martial. The British Government has refused to make the site a war grave under the Protection of Military Remains Act 1986 although documents obtained under the Freedom of Information show that it could be done. The French Government recently placed an exclusion zone around the wreck site. In July 2007 another request for documents held by the Ministry of Defence related to the sinking was rejected by the British Government.

At about 15.50 hrs the enemy returned. Bombs were seen to straddle the ship, one bomb exploding close to the port side, rupturing her almost full fuel tanks. The black oil oozed into the sea, creating a dark, deathly cloud.

Immediately, the ship began a perilous roll from port to starboard and back again, further bombs struck home, one penetrating the holds that were crammed with troops. Of the RAF personnel aboard - from 73 Squadron and 98 Squadron - very few survived. The ship rolled onto her port side, down by the bow. Those who could, took to the water to try and swim though the black cloud of oil that here and there showed licks of flame.

An estimated 4,000 people died when the Clyde-built liner the Lancastria sank during World War II.

About 400 Scots were among the death toll, which was higher than that of the Titanic and Lusitania combined.

The Scottish Government confirmed a commemorative medal was to be struck for those caught up in the disaster.

The Lancastria was lending support to the war effort when it was attacked by German bombers on 17 June, 1940.

The ship had been evacuating British Expeditionary Forces from France. 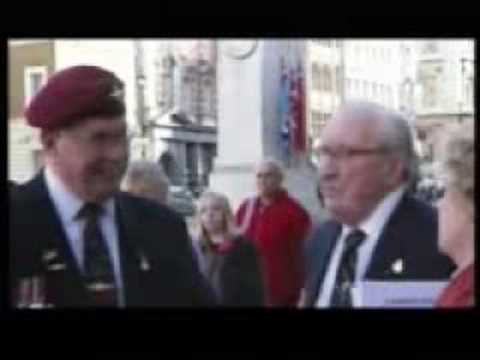