Playing in only his second Masters, Jimmy Demaret overcame an opening round 64 by Lloyd Mangrum to win the Tournament. Demaret's four-stroke victory was a then record for margin of victory at the Masters.

Lloyd Magnum opened the 1940 Masters with a then-record round of 64, but it was Jimmy Demaret who finished the tournament with a 4-stroke victory, the largest margin of victory in the seven Masters played to this point.

Demaret had his own first-round success with a 67, then followed with three rounds of par or better to overtake Mangrum, who finished second. (Mangrum's 64 was tied over the years, but wasn't bettered until 1986.)

Demaret, playing in his second Masters, had just two wins on the PGA Tour entering 1940, but this season was his breakout year with six victories. Demaret went on to win The Masters twice more. 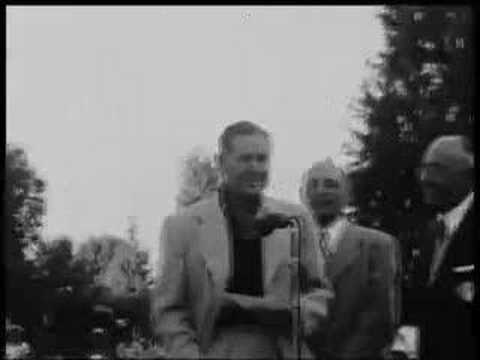