On April 13, 1943, the Germans announced that mass graves had been discovered in the Katyn Forest, in their area of occupation, containing the bodies of thousands of Polish officers who had been shot in the back of the head.

The Germans charged the Soviet authorities with the murder and appointed a multinational medical commission to probe the matter. In May 1943, the commission reported that the graves contained the bodies of 4,143 officers, of whom 2,914 were identified by documents in their uniforms. It was the commission’s opinion that the men had been shot to death in the spring of 1940. The Soviet authorities flatly rejected the accusations of the German-appointed commission, arguing that the Germans themselves had committed the deed when they had occupied the area in July 1941.

During April-May 1940, the Polish prisoners were moved from their internment camps and taken to three execution sites. The place most identified with the Soviet atrocity is Katyn Forest, located 12 miles west of Smolensk, Russia. For years historians assumed that the grounds of an NKVD rest and recreation facility were both an execution and burial site for nearly a fifth of the unfortunate Poles who found themselves in Soviet captivity. Post-Cold War revelations, however, suggest that the victims were shot in the basement of the NKVD headquarters in Smolensk and at an abattoir in the same city, although some may have been executed at a site in the forest itself. In any event, the Katyn Forest is--and will probably long remain--the main symbol of the atrocity, even if it was not the actual killing field.

The Katyn Forest massacre was a criminal act of historic proportions and enduring political implications. When Nazi occupation forces in April 1943 announced the discovery of several mass graves, propaganda minister Josef Goebbels hoped that international revulsion over the Soviet atrocity would drive a wedge into the Big Three coalition and buy Germany a breathing space, if not a victory, in its war against Russia. (A headline in the May 1943 Newsweek read: "Poles vs. Reds: Allied Unity Put to Test Over Officer Dead.") But Goebbels miscalculated. Despite overwhelming evidence of Soviet responsibility, Moscow blamed the Germans, and for the rest of the war Washington and London officially accepted the Soviet countercharge. When the Polish government-in-exile in London demanded an international inquiry, Stalin used this as a pretext to break relations. The Western allies objected but eventually acquiesced. Soon thereafter, the Soviet dictator assembled a group of Polish Communists that returned to Poland with the Red Army in 1944 and formed the nucleus of the postwar government. Stalin's experience with the Katyn affair may have convinced him that the West, grateful for the Red Army's contribution to the Allied military effort, would find it hard to confront him over Poland after the war.

Professor Stanislaw Swianiewicz was the sole survivor of Katyn. He was waiting to board a bus to the forest area when an NKVD colonel arrived and pulled him out of line. Swianiewicz was an internationally recognized expert on forced labor in Soviet Russia and Nazi Germany, who had been born in Poland when it was still part of the Russian empire, and had studied in Moscow. He ended up in Siberia, and after the war emigrated to the United States, where he taught economics at the University of Notre Dame. At least one CIA analyst remembers the professor from his days in South Bend.

Those who died at Katyn included an admiral, two generals, 24 colonels, 79 lieutenant colonels, 258 majors, 654 captains, 17 naval captains, 3,420 NCOs, seven chaplains, three landowners, a prince, 43 officials, 85 privates, and 131 refugees. Also among the dead were 20 university professors; 300 physicians; several hundred lawyers, engineers, and teachers; and more than 100 writers and journalists as well as about 200 pilots. 7 It was their social status that landed them in front of NKVD execution squads. Most of the victims were reservists who had been mobilized when Germany invaded. In all, the NKVD eliminated almost half the Polish officer corps--part of Stalin's long-range effort to prevent the resurgence of an independent Poland.

Recent historical research shows that 700-900 of the victims were Polish Jews. 8 Ironically, the Germans knew this, and it complicated Goebbels' effort to portray the atrocity as a "Jewish-Bolshevik conspiracy"--a mainstay of the Nazi regime's anti-Semitic propaganda. 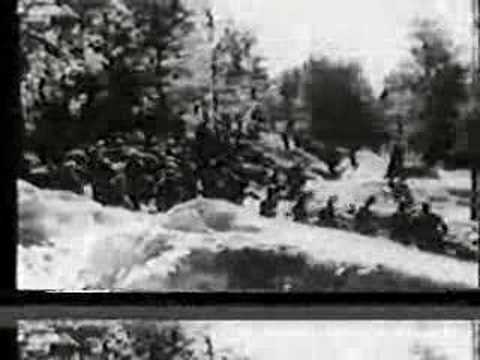 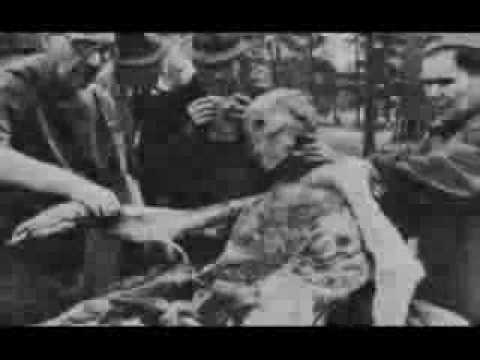