The Sheffield Blitz is the name given to the worst nights of German Luftwaffe bombing in Sheffield, England during the Second World War.

In 1940 Sheffield was a city of about 560,000 people and contained many heavy industries, primarily centred around steel and armaments. The Vickers works was host at the time to the only drop hammer in the country, made in Germany by Beche, capable of forging crankshafts for the Rolls Royce Merlin engine which powered the Supermarine Spitfire fighter plane and later in the war the Avro Lancaster bomber. The hammer weighed 15 tons and was housed in a 200 ton mounting. It was manned by 16 men working in two shifts. The hammer produced 168 stampings a day which was one of the three operations necessary to make a crankshaft. Hadfields steelworks was also the only place in the UK at that time where 18 inch armour piercing shells were made. Most of the factories were located in the East end of the city beside the River Don. Documents captured at the end of the war showed that the targets for the raids included the Atlas Steelworks, Brown Bayley Steelworks, Meadowhall Iron Works, River Don Works, Darnall Wagon Works, Tinsley Park Collieries, East Hecla Works and Orgreave Coke Ovens.

The full moon was on 14 December 1940 and both blitz nights were cold and clear.

The German code name for the operation was Crucible.

It was 7 o’clock on the 11th of December 1940, and I was at my future wife’s, Jess Simnett’s, house as it was her birthday, when the air raid siren sounded. The Simnett family headed for the Frosts' air raid shelter. Suddenly my future father in law, Joe Simnett shouted, "There is a parachutist coming down." As he set off to confront the parachutist, there was a sudden gust of warm air and then cold, first one way and then the other. It was a parachute bomb and it had exploded, badly damaging approximately 12 houses in a horseshoe shape in Musgrave Crescent at Shirecliffe. 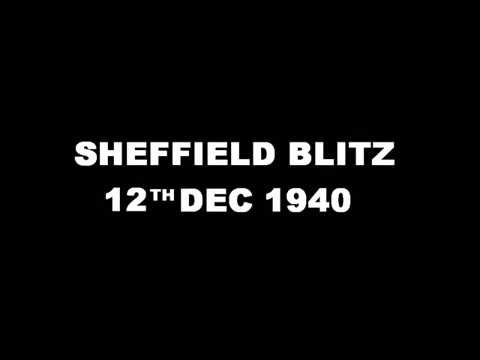 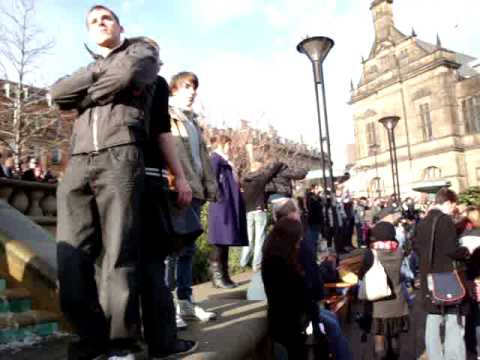