Pockets of Georgian architecture remain, but much of the city was leveled during the Blitz of November 1940. 476 tons of bombs were dropped on the city by the Luftwaffe.

Southampton was a prime target because of its general strategic importance as a major port and industrial area, and particularly because the Supermarine Spitfire was designed, developed and built in Southampton.

On 24 September 1940, the Supermarine factory in Woolston was bombed, killing many, though not damaging the factory. Two days later, the factory was destroyed. After the air raid Nazi propaganda declared that the town had been left a smoking ruin.

On 6 November 1940, during a raid on the town centre, three bombs hit the School of Art in the Civic Centre, (now known as the Art Gallery), killing students that were sheltering in the basement.

The main blitz, a series of sustained nighttime raids, started on 23 November 1940. There was a pause until 30 November, when the resumption of raids destroyed repairs that had made during the lull. The blitz continued on 1 December, but these raids were sporadic and smaller. A total of 137 people died during the period of the Blitz, of which 96 were lost to direct hits on public air raid shelters.

The accuracy of the locally-based Ordnance Survey's maps did not go unrecognized by the Luftwaffe: German bomber pilots used them to bomb Southampton. One building that survived the bombing was Southampton's oldest, St. Michaels Church. The spire was an important navigational aid for the German pilots and consequently they were ordered to avoid hitting it. Other buildings in Southampton were found to be used as aids to navigation; Elmfield flats in Millbrook had a flat concrete roof which was clearly visible from the air until it was grassed over.

There were 1605 air raid warnings in Southampton, the last raid occurred on 5 November 1944. Only one flying bomb fell within the boundaries of Southampton, at Sholing on 12 July 1944.

Southampton suffered badly from large-scale air raids during World War Two. As a large port city on the south coast, it was an important strategic target for the German air force (Luftwaffe). There were fifty seven attacks in all, but nerves were frayed by over 1,500 alarms. 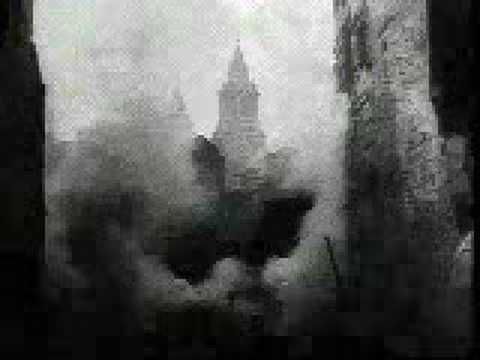