The raid that began on the evening of 14 November 1940 was the most severe to hit Coventry during the war.

It was carried out by 515 German bombers, two thirds from Luftflotte 3 and the rest from the pathfinders of Kampfgruppe 100. The attack, code-named Operation Mondscheinsonate (Moonlight Sonata), was intended to destroy Coventry's factories and industrial infrastructure, although it was clear that damage to the rest of the city, including monuments and residential areas, would be considerable. The initial wave of 13 specially modified Heinkel He 111 aircraft of Kampfgruppe 100, were equipped with X-Gerät navigational devices, accurately dropping marker flares at 19:20. The British and the Germans were fighting the Battle of the Beams and on this night the British failed to disrupt the X-Gerät signals.

The first wave of follow-up bombers dropped high explosive bombs, knocking out the utilities (the water supply, electricity network and gas mains) and cratering the roads, making it difficult for the fire engines to reach fires started by the follow-up waves of bombers. The follow-up waves dropped a combination of high explosive and incendiary bombs. There were two types of incendiary bomb: those made of magnesium and those made of petroleum. The high explosive bombs and the larger air-mines were not only designed to hamper the Coventry fire brigade, they were also intended to damage roofs, making it easier for the incendiary bombs to fall into buildings and ignite them.

At around 20:00, Coventry Cathedral (dedicated to Saint Michael), was set on fire for the first time. The volunteer fire-fighters managed to put out the first fire but other direct hits followed and soon new fires in the cathedral, accelerated by firestorm, were out of control. During the same period, fires were started in nearly every street in the city centre. A direct hit on the fire brigade headquarters disrupted the fire service's command and control, making it difficult to send fire fighters to the most dangerous blazes first. As the Germans had intended, the water mains were damaged by high explosives; there was not enough water available to tackle many of the fires. The raid reached its climax around midnight with the final all clear sounding at 06:15 on the morning of 15 November.

In one night, more than 4,000 homes in Coventry were destroyed, along with around three quarters of the city's factories. There was barely an undamaged building left in the city centre. Two hospitals, two churches and a police station were also among the damaged buildings.

Approximately 600 people were killed (the precise death toll has never been established) and more than 1,000 were injured.

In the Allied raids later in the war, 500 or more heavy four-engine bombers all delivered their 3,000-6,000 pound bomb loads in a concentrated wave lasting only a few minutes. But at Coventry, the German twin-engined bombers carried smaller bomb loads (2,000–4,000 lb), and attacked in smaller multiple waves. Each bomber flew several sorties over the target, returning to base in France to rearm. Thus the attack was spread over several hours, and there were lulls in the raid when fire fighters and rescuers could reorganise and evacuate civilians.

As Arthur Harris, commander of RAF Bomber Command, wrote after the war "Coventry was adequately concentrated in point of space [to start a firestorm], but all the same there was little concentration in point of time".

The raid destroyed or damaged about 60,000 buildings over hundreds of hectares in the centre of Coventry, and is known to have killed 568 civilians. The raid reached such a new level of destruction that Joseph Goebbels later used the term Coventriert ("Coventrated") when describing similar levels of destruction of other enemy towns. During the raid, the Germans dropped about 500 tonnes of high explosives, including 50 parachute air-mines, of which 20 were incendiary petroleum mines, and 36,000 incendiary bombs.

The raid of 14 November combined several innovations which were to influence all future strategic bomber raids during the war. These were:

* The use of pathfinder aircraft with electronic aids to navigate, to mark the targets before the main bomber raid.
* The use of high explosive bombs and air-mines (blockbuster bombs) coupled with thousands of incendiary bombs intended to set the city ablaze in a firestorm.

The actual death toll of the Coventry Blitz was never officially confirmed. It has been reported that many bodies may never have been found, or had been burnt, blasted or crushed beyond recognition. The destruction of munitions factories may have claimed victims among war workers from other parts of the country who had no relatives to report them missing. At least 568 people died in the Coventry Blitz; some sources have estimated that the death toll was as high as 1,000.

There were public shelters in most towns, but many people built Anderson shelters in their gardens so that they had protection if they were unable to get to the public shelter. Anderson shelters were made out of corrugated iron and were very strong. A hole was dug in the garden, then the shelter was placed in the hole and it was covered with earth. An air-raid siren warned people when a raid was about to begin.

Source: History on the Net Added by: Rob Brent 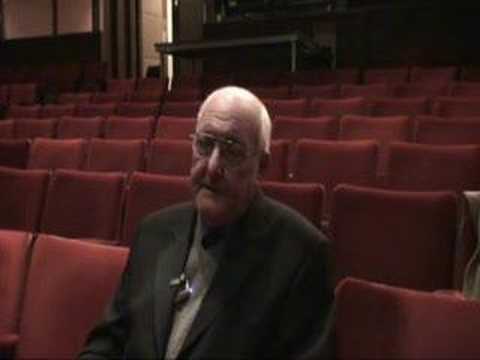