"The Great Dictator" (film) is Released

The Great Dictator is a comedy film written, directed, produced by, and starring Charlie Chaplin.

First released in October 1940, it was Chaplin's first true talking picture, and more importantly was the only major film of its period to bitterly satirize Nazism and Adolf Hitler.

The film is unusual for its period, as the United States was still formally at peace with Nazi Germany. Chaplin's film advanced a stirring, controversial condemnation of Hitler, fascism, antisemitism, and the Nazis, the latter of whom he excoriates in the film as "machine men, with machine minds and machine hearts". 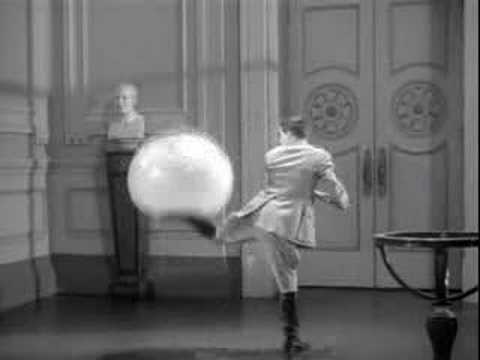