The Porsche 64, also known as the VW Aerocoupe, Type 64 and Type 60K10, is considered by many to be the first automobile from what was to become the Porsche company, as a true design precursor to the production model of after the war.

The model number comes from the fact that it was built mainly from design drawings for the Type-64 "record car". Most mechanical parts came from the 38 prototype series. The chassis was heavily reinforced and the engine also reworked to produce around 45-50 brake horse power. The Type-64 was only a drawing until the three racers were built. The body was also a compromise in that the cab had to look like a KdF car, but the rest was 'record' car. The VW beetle was the Type-60, and the name the "60K10" means body design 10 for the Type-60 Beetle. Its flat-four engine produced 50 bhp and gave a top speed of around 160 km/h (99 mph).

The body design was made by the Porsche Büro after wind tunnel tests for a planned V10 sports car that never came into existence, the Type 114. Dr. Porsche promoted the idea to enter the car into the 1939 Berlin-Rome race as a public relations ploy. Three cars were made in hand shaped aluminium by the bodywork company Reutter. One was destroyed early in World War II. The two remaining were used by the Porsche family. Eventually they only used one of them and put the other in storage. In May 1945 American troops discovered the one put in storage, cut the roof off and used it for joyriding for a few weeks until the engine gave up and it was scrapped. The last remaining Porsche 64 was owned by Ferry Porsche who had it restored by Battista Farina in 1947. In 1949 it was sold to the Austrian motorcycle racer Otto Mathé and with it he won the Alpine Rally in 1950. The last time he drove it in a race was at the Monterey Historic Races in Monterey, California, in 1982.

The Porsche 64
The body design was made by the Porsche Büro after wind tunnel tests for a planned V10 sports car that never came into existence, the Type 114. Dr. Porsche promoted the idea to enter the car into the 1939 Berlin-Rome race as a public relations ploy.

Because of official distress at the production and delivery delays in the KdF-Wagen production, Dr. Porsche was able to sell the authorities on the idea of running KdF-based high-performance cars in the 1939 Berlin-Rome race as a public relations ploy. The first 375 miles of the race were to be run on the new autobahnen.

Three of them were built in hand-hammered aluminum by the custom coachwork firm Reutter. Sporting full wheel skirts front and back, these remarkably slippery little wind-cheaters managed to squeeze 90 mph out of their 985 cc flat-four engines, which had been bumped to 50 hp (from 24) by various means, including the addition of dual carburation and a higher compression ration.

One of the cars was crashed and destroyed by a Kraft durch Freude bureaucrat in the early years of World War II, but the other two were frequently used by the Porsche family to commute between Stuttgart and the Porsche farm in Zell Am See, Austria. Finally, one of them continued in daily use by the Porsches, while the other was stored at the Zell Am See Flying School. Both remaining Aerocoupes survived the War, but in May, 1945 American troops "liberated" the tiny coupe stored at the Flying School, chopped the top off, and in a few weeks totalled it by joy-riding until the engine seized. The car was scrapped - what a loss!

The last 64K10 remained in the hands of Ferry Porsche, who actually had the car restored by Pinin Farina in 1947. It was sold to Austrian motorcycle racer Otto Matte in 1949 (a year after the first Gmund Porsche 356 was introduced). Matte’s Aerocoupe gave Porsche their first international win in the 1950 Alpine Rally - by this time its Volkswagen origin was forgotten, and it had been fully embraced as a Porsche car. Matte drove the 64K10 in competition for the last time in 1982 at the Monterey Historic Races in Monterey, California, 32 years after its first race. 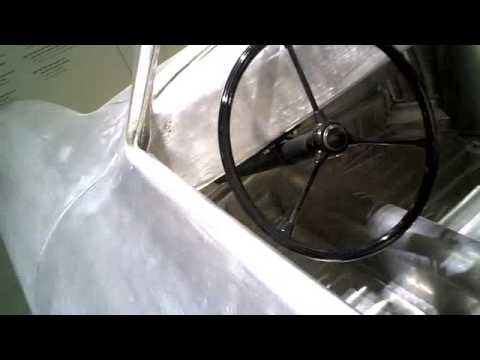