The German offensive isolated the Polish coast from the Polish mainland between 4 and 8 September, and Armia Pomorze was forced to retreat south-east.

Units of Land Coastal Defence has been engaged by the German forces from 1 September, although it was not until the second week of the war that the Germans would begin a direct assault on the Polish port of Gdynia.

The German Navy, operating in the area with the pre-dreadnought Schleswig-Holstein and smaller units shelled Polish positions, but with limited effect and prevented from closing on the coast by Polish coastal batteries.

The German land offensive was much more successful. German forces established a connection between Germany and Prussia by 4 September. After heavy fighting near Kartuzy (5 September), their main attack towards Gdynia began on 8 September, and after intense fighting near Puck and Wejherowo (8 September) step by step the Poles were forced back towards the sea.

When the Polish positions outside Gdynia were overrun, and in view of the retreat of the Armia Pomorze, on 10 September Colonel Dąbek decided to abandon Gdynia in order to avoid civilian casualties during the city fighting, and thus on 12 September he ordered all Polish units to retreat from Gdynia toward Kępa Oksywska, a fragment of the coast near Puck Bay. On 11 and 12 September the fights near Mechlinki transformed into an incessant two-day battle, after which Polish troops had to retreat again.

The Germans captured Gdynia on 14 September. Kępa Oksywska was not prepared for siege or provisioned for the approximately 9,000 strong remaining Polish forces and in the battle of Kępa Oksywska the Poles sustained heavy losses (approximately 2,000). After a last failed counterattack on 19 September, Colonel Dąbek, who participated in the front line battle and was wounded, decided to issue order to surrender and committed suicide after giving the order to cease fire.

The Polish Navy was tasked to provide support to Gdynia through Plan Worek (submarine operations) and Operation Rurka (mining sea approaches). These plans did not prevent defeat.

A rapid growth of Gdynia in the 15-year period starting from 1926 was dramatically hampered by the outbreak of the World War II. The city did not suffer much from bombardment, especially when compared with Warsaw or Gdańsk, but the harbour and shipyard were completely destroyed. And it was people - Gdynia's main assets - that suffered most. The bulk of Polish inhabitants were expelled by Germans or sent to concentration camps, many were killed at the fronts.

Source: Gdynia About the City Added by: Rob Brent 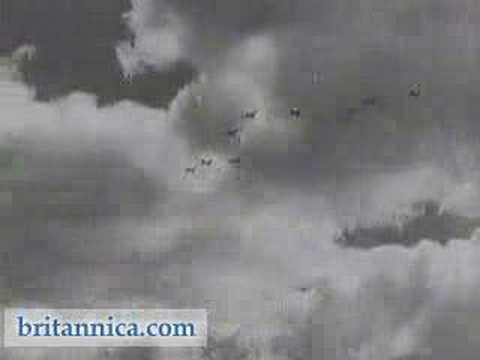