First Phase in the Battle of Shanghai

Around 9am on August 13, the Chinese Peace Preservation Corps exchanged small arms fire with Japanese troops in Zhabei, Wusong, and Jiangwan districts of Shanghai.

Around 3pm the Japanese army also crossed over the Bazi Bridge (八字橋) in Zhabei district and attacked various centers in the city. The Chinese 88th Division retaliated with mortar attacks. Sporadic shootings continued through the day until 4pm, when the Japanese headquarters ordered the naval ships of the Third Fleet, stationed in the Yangtze and the Huangpu River to open fire on Chinese positions in the city. In the late night of August 13, Chiang Kai-shek ordered Zhang Zhizhong to begin the Chinese offensive the next day. In the morning August 14, the Chinese air force began bombing various Japanese targets and the Chinese ground force began its offensive at 3pm. On the same day, the Chinese government issued the Proclamation of Self-Defense and War of Resistance (自衛抗戰聲明書), explaining the government's resolve against Japanese aggression. The Battle of Shanghai officially began. Zhang Zhizhong's initial plan was to have the numerically superior Chinese forces attack the Japanese by surprise and push them right into Huangpu River, and then blockade the coast to deny the Japanese the opportunity to land reinforcements in the Huangpu wharves between Yangshupu (楊樹浦) and Hongkou (虹口). The Chinese 88th Division was to attack the Japanese army headquarters near Zhabei, and the 87th Division was to attack the reinforced Kung-ta Textile Mill, where the Japanese naval command was located. Zhang estimated it would take one week to complete the objectives. However, the operations ran into trouble as the troops fought to a standstill just outside the International Settlement. Japanese strongholds were fortified with thick concrete and were resistant to 150mm howitzers, the only heavy weapons in Chinese possession. Chinese troops could only advance under machine gun cover and get close to the emplacements to kill those within with hand grenades. The Chinese advance was greatly reduced by this limit and the element of surprise was quickly lost.

On August 16, Zhang Zhizhong ordered his men to take the streets surrounding the Japanese strongholds, rather than assaulting them head-on. Every time a street was successfully cleared, the Chinese would set up sandbag blockades and set fire to allow the Japanese no escape. The tactic was successful as the Chinese were able to destroy many emplacements and outposts in a single day. However, the Japanese then deployed tanks and were able to repel Chinese attacks in the broad streets. The Chinese also lacked the heavy weapons, as before, to destroy the bunkers easily. Thus, on August 18, the attack was called off.

On August 18, Chen Cheng reached the frontlines to discuss the situation with Zhang Zhizhong. They decided to send the newly arrived 36th Division into the fray, by attacking the Hueishan (匯山) docks on the northern side of the Huangpu River. Meanwhile, the 87th Division broke through Japanese lines at Yangshupu, and pushed onto the Hueishan docks along with the 36th Division. On August 22, the tanks of the 36th Division reached the docks, but were not able to hold the position for long. The Chinese troops were insufficiently trained in coordinating infantry-tank tactics, and the troops were not able to keep up to the tanks' speed. The tanks were vulnerable to Japanese anti-tank weapons and artillery in close quarters and became useless when they entered the city center. The few troops who accompanied the tanks through the city blocks were then trapped by Japanese road blockades and annihilated by flamethrowers and intense machine gun fire. While the Chinese almost succeeded in pushing the Japanese down the Huangpu River, the casualty rate was exceedingly high. In the night of August 22 alone, the 36th Division lost more than ninety officers and a thousand troops.

On August 22, the Japanese 3rd, 8th, and 11th Divisions made an amphibious assault under cover from naval bombardments and proceeded to land in Chuanshakou (川沙口), Shizilin (獅子林), and Baoshan (寶山), towns on the northeast coast some fifty kilometers away from downtown Shanghai. Japanese landings in northeast Shanghai suburban areas meant that many Chinese troops, who were deployed in Shanghai's urban center, had to be redeployed to coastal regions to counter the landings. Thus, the frontline was lengthened from metropolitan Shanghai along the Huangpu River to the northeast coastal districts. The Chinese offensive in the urban center had come to a halt, and the fight in downtown Shanghai essentially became a static battle with both sides suffering heavy losses and making minimal changes in the frontline. The Chinese divisions were able to hold onto Zhabei, Jiangwan, and other downtown positions for three months, until situations in other areas made it strategically impossible to continue defending these positions.

At 0900 hours on 13 Aug, more than 10,000 Japanese troops entered the suburbs of Shanghai, and engagements broke out in Zhabei, Wusong, and Jiangwan districts. In the mid-afternoon, Chinese regulars of the 88th Division began attacking advancing Japanese troops with mortar. At 1600 hours that day, ships of the Japanese 3rd Fleet in the Huangpu and Yangtze Rivers began bombarding the city with naval guns. On 14 Aug, Chinese aircraft began bombing Japanese positions, followed by the issuance of the Proclamation of Self-Defense and War of Resistance from Chiang's government. 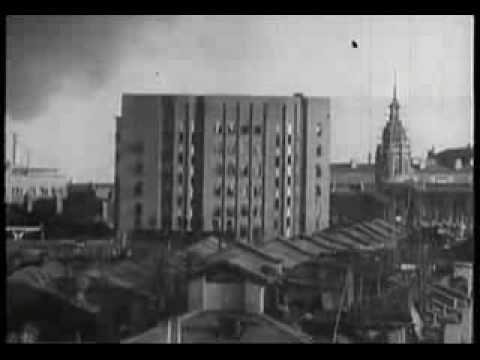 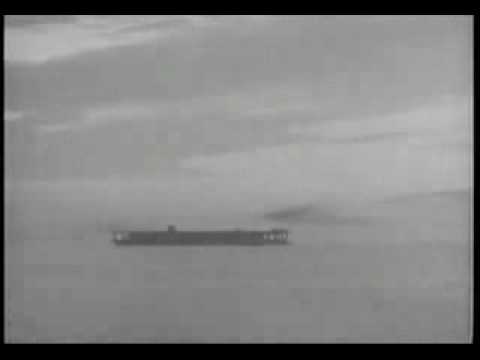