On March 18 students prepared for the next day's Inter-scholastic meet in Henderson.

At the gymnasium, the PTA met. At 3:05 P.M. Lemmie R. Butler, instructor of manual training, turned on a sanding machine in an area which, unknown to him, was filled with a mixture of gas and air. The switch ignited the mixture and carried the flame into a nearly closed space beneath the building, 253 feet long and fifty-six feet wide. Immediately the building seemed to lift in the air and then smashed to the ground. Walls collapsed. The roof fell in and buried its victims in a mass of brick, steel, and concrete debris. The explosion was heard four miles away, and it hurled a two-ton concrete slab 200 feet away, where it crushed a 1936 Chevrolet.

The explosion was its own alarm, heard for miles. The most immediate response was from parents at the PTA meeting. Within minutes, area residents started to arrive and began digging through the rubble, many with their bare hands. Roughnecks from the oil fields were released from their jobs, and brought with them cutting torches and heavy equipment needed to clear the concrete and steel.

London School bus driver Lonnie Barber was transporting elementary students to their homes, and was in sight of the school as it exploded. Barber continued his two hour route, returning children to their parents before rushing back to the school to look for his four children. His son Arden died, but the others were not seriously injured. Barber retired the next year.

Aid poured in from outside the area. Governor James Allred dispatched Texas Rangers, highway patrol, and the Texas National Guard. Thirty doctors, 100 nurses, and 25 embalmers arrived from Dallas. Airmen from Barksdale Field, deputy sheriffs, and even Boy Scouts took part in the rescue and recovery.

Most of the bodies were either burned beyond recognition, or blown to pieces. One mother had a heart attack and died when she found out that her daughter died, with only part of her face, her chin and a couple of bones recovered. Another boy was identified by the presence of the pull string from his favorite top in his jeans pocket.

Rescuers worked through night and rain, and 17 hours later, the entire site had been cleared. Buildings in the neighboring communities of Henderson, Overton, Kilgore and as far away as Tyler and Longview were converted into makeshift morgues to house the enormous number of bodies, and everything from family cars to delivery trucks served as hearses and ambulances.

Mother Frances Hospital in nearby Tyler was scheduled to open the next day, but the dedication was canceled and the hospital opened immediately.

Reporters arrived in the city, but found themselves swept up in the rescue effort. Former Dallas Times Herald executive editor Felix McKnight, then a young AP reporter, recalled, "We identified ourselves and were immediately told that helpers were needed far more than reporters." Walter Cronkite also found himself in New London, on one of his first assignments for United Press. Although Cronkite went on to cover World War II and the Nuremberg trials, he was quoted as saying decades later, "I did nothing in my studies nor in my life to prepare me for a story of the magnitude of that New London tragedy, nor has any story since that awful day equaled it."

Not all of the buildings on the 10 acre campus were destroyed. One of the surviving buildings, the gymnasium, was quickly converted into multiple classrooms. Inside new tents and the modified buildings, classes resumed 10 days later.

According to the History Channel's Modern Marvels series, Adolf Hitler, who was at the time the German Chancellor, paid his respects in the form of a telegram (a copy of which is on display at the London Museum). 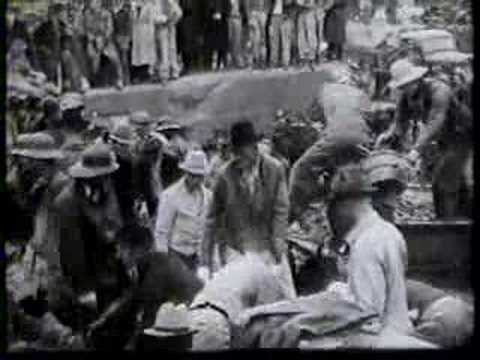 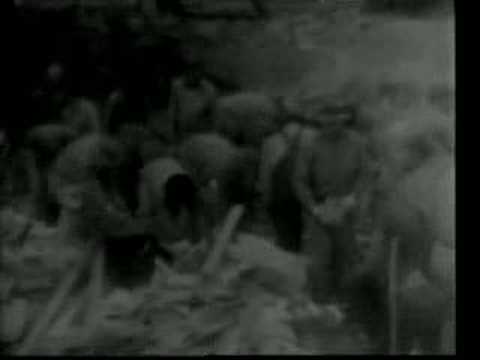