In 1936, in parallel to the classical front-engine Mercedes-Benz 170 V, Daimler-Benz AG introduced the Mercedes-Benz 170 H which had the same engine as the 170 V, with an architecture derived from the one of the 130, its predecessor.

The 170 H was powered by a four-cylinder 1697 cm³ engine with a power of 38 PS (28 kW).
The car was significantly more expensive than the 170 V (two-door sedan 170 V - 3750 RM, 170 H - 4350 RM) and had much less room in the trunk, a much louder engine and a bad handling — better however than the one of the 130 - to offer. It was however more comfortable equipped and was therefore considered as a "finer" car, but sold much less than the 170 V. Apart from the sedan, there was still a convertible sedan as well. Production stopped in 1939 due to the War and the low demand.
Forty years later a company spokesman suggested that the car's relative lack of commercial success was caused by the rear mounting of the engine and the resulting absence of the "characteristic Mercedes-Benz tall radiator" The same spokesman was at pains to highlight the similarity of the car's overall architecture and some of its detailing to that of the later highly successful Volkswagen Beetle: it was pointed out the Dr Porsche, creator of the Volkswagen, had been chief engineer at Daimler-Benz between 1923 and 1932 when the little rear-engined Mercedes-Benz sedans were under development.
Because these cars, unlike front engined sister models, were not widely used, and also not suitable for conversion to wood gas generator, they were not confiscated by the Wehrmacht. Therefore an above-average number of models survived in private hands without damage due to the war, but most were used to exhaustion in the early post-war years. Today, these cars remain among the rarest and most sought-after Mercedes-Benz models. 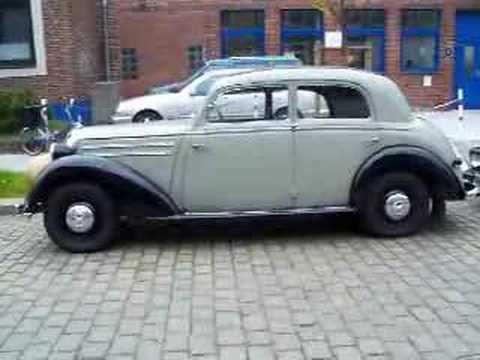 View other events that happened in 1936