Games of the XI Olympiad Held in Berlin, Germany

The 1936 Summer Olympics, officially known as the Games of the XI Olympiad, an international multi-sport event which was held in 1936 in Berlin, Germany.

Berlin won the bid to host the Games over Barcelona, Spain on April 26, 1931, at the 29th IOC Session in Barcelona (two years before the Nazis came to power). It marked the second and final time that the International Olympic Committee would gather to vote in a city which was bidding to host those Games. The only other time this occurred was at the inaugural IOC Session in Paris, France, on April 24, 1894. Then, Athens, Greece, and Paris were chosen to host the 1896 and 1900 Games, respectively.

Filmmaker Leni Riefenstahl, a favorite of Hitler's, was commissioned by the IOC to film the Games. Her film, entitled Olympia, introduced many of the techniques now common to the filming of sports.

By allowing only members of the Aryan race to compete for Germany, Hitler further promoted his ideological belief of racial supremacy. At the same time, the party removed signs stating "Jews not wanted" and similar slogans from the city's main tourist attractions. In an attempt to "clean up" Berlin, the German Ministry of the Interior authorized the chief of police to arrest all Romani (Gypsies) and keep them in a special camp. Nazi officials ordered that foreign visitors should not be subjected to the criminal strictures of anti-homosexual laws. Total ticket revenues were 7.5 million Reichsmarks, generating a profit of over one million marks. The official budget did not include outlays by the city of Berlin (which issued an itemized report detailing its costs of 16.5 million marks) or that of the German national government (which did not make its costs public, but is estimated to have spent US$30 million, chiefly in capital outlays).

In August 1936, Adolf Hitler’s Nazi dictatorship scored a huge propaganda success as host of the Summer Olympics in Berlin. The Games were a brief, two-week interlude in Germany’s escalating campaign against its Jewish population and the country’s march toward war.

The Nazi Germany team had been allowed to train fulltime thus pushing to the limit the idea of amateur competition. Germany's athletic superstar of the time was Lutz Lang - a brilliant long jumper who easily fitted into the image of blond hair, blue eyed Aryan racial superiority. By far the most famous athlete in the world was Jesse Owens of America - an African American and therefore, under Nazi ideology, inferior to the athletes in the German team.

The vast Olympic stadium was completed on time and held 100,000 spectators. 150 other new Olympic buildings were completed on time for the event. The anti-Semitic posters that had littered Germany before the games had disappeared. Signs that stated "Jews not welcome here" were not longer visible - anything was done to ensure that the Games went smoothly and caused no upset.

In fact, the upset was caused in the stadium itself. The 'racially inferior' Owens won four gold medals; in the 100m, 200m, long jump and 4 x 100m relay. During the Games he broke 11 Olympic records and defeated Lutz Lang in a very close long jump final. Lang was the first to congratulate Owens when the long jump final was over. There were 10 African American members of the American athletics team. Between them they won 7 gold medals, 3 silvers and 3 bronze - more than any national team won in track and field at the Games, except America itself. Hitler refused to place the gold medal around Owen's neck. 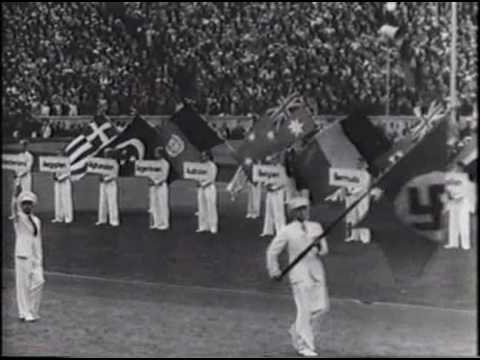 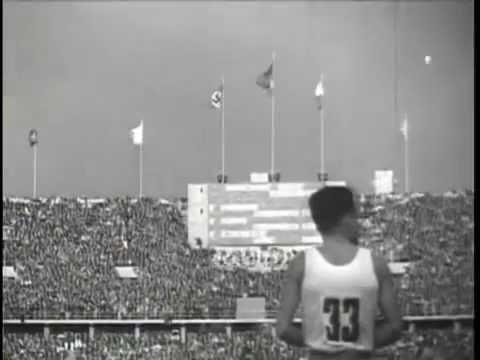 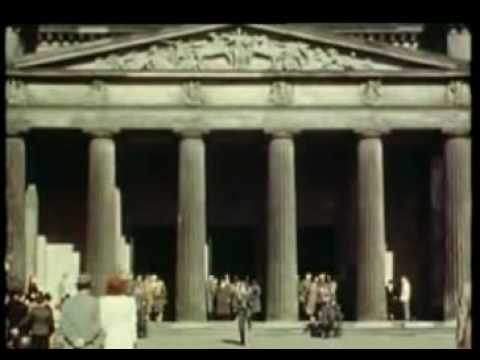 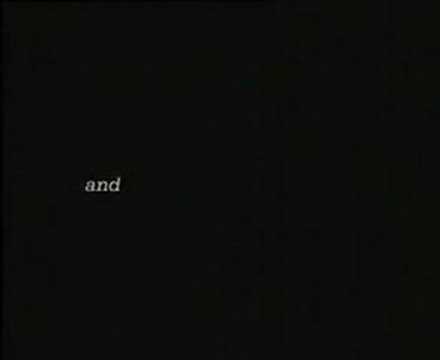