"The Informer" Is Released

The Informer is a 1935 dramatic film, released by RKO. The plot concerns the underside of the Irish War of Independence, set in 1922.

It stars Victor McLaglen, Heather Angel, Preston Foster, Margot Grahame, Wallace Ford, Una O'Connor and J.M. Kerrigan. The screenplay was written by Dudley Nichols from the novel The Informer by Liam O'Flaherty. It was directed by John Ford.

The Informer, Liam O'Flaherty's novel of the the Irish "troubles" of the early 1920s, was first filmed in England in 1929, with Cyril McLaglen in the lead. When director John Ford remade The Informer in 1935, the role of the tragic Irish roisterer Gypo Nolan went to Cyril's brother Victor McLaglen. The scene is Dublin, during the Sinn Fein rebellion. Gypo has tried to join the IRA, but has been bounced because he lacked full commitment to the cause. Gypo's best friend is Frankie McPhillip (Wallace Ford) a fugitive from the British "Black and Tans" with a price on his head. Hoping to start a new life with his streetwalker girlfriend Katie Madden (Margot Grahame), Gypo informs on Frankie, collecting the twenty-pound reward. Frankie is cornered and killed by the British troops; Gypo briefly suffers the pangs of conscience, but is too simple-minded to grasp the full impact of his betrayal. Suspecting that Gypo has turned in Frankie, IRA commander Gallegher (Preston Foster) orders his men to keep tabs on the big lout. As Gypo stupidly squanders his money on food, drink and entertainment, Gallegher's lieutenants keep tab of every penny spent. Finally dragged before the rebel court, Gypo tries to bluff his way out of trouble, fingering another man (Donald Meek) as the informer, but this subterfuge quickly falls apart. Sobbingly, Gypo confesses his treachery. Before his execution can be carried out, he escapes, but his hiding place is given away inadvertently by Katie. Regretfully, because they realize Gypo is too childish to be fully responsible for his actions, the IRA members shoot the man down. With his last ounce of strength, Gypo drags himself into the church where Frankie's mother (Una O'Connor) prays for his son's soul. "Twas I informed on your son, Mrs. McPhillip," Gypo weeps, "Forgive me." "Ah, Gypo, I forgive you," the grieving mother replies. "You didn't know what you were doing." Exultantly, Gypo looks heavenward, and, just before succumbing to his wounds, bellows "Frankie! Frankie! Your mother forgives me!" The Informer earned Victor McLaglen an Oscar, as well as several other nominations; the film did poorly at the box office, but John Ford had anticipated this reaction, reportedly waiving his considerable salary just to make certain that picture--a labor of love for the director, who was himself a native of Ireland--would be completed. The film was remade in 1968, relocated to the black ghetto of Los Angeles and retitled Uptight!. ~ Hal Erickson, All Movie Guide 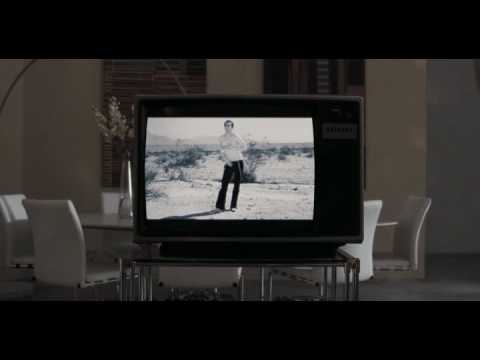