Instead of an arsenal of cameras highlighting his face on national TV,
Berwanger had to notified by telegram at his Chicago University fraternity house. Not only was this a new award,
but Berwanger’s Heisman only touted him as the best player east of the Mississippi River instead of the whole
nation.
However there’s little doubt that the first Heisman Trophy winner set the tone for future recipients by displaying a
variety of skills on the football field.
Chicago coach Clark Shaughnessy had given No. 99 to Berwanger because it was as close as you could get to a
perfect 100. Most of Berwanger’s opponents agreed considering that 104 of 107 defenders he faced in 1935
named him as the nation’s best halfback. Berwanger was described as a “one-man gang” for Chicago as he
gained 1,839 yards in his 23 games for the Maroons. Berwanger was also a force as a passer, kicker, and
punter while adding 22 career touchdowns.
Despite being the first pick in the NFL’s inaugural draft held in 1936, Berwanger unofficially started the Heisman
jinx when he decided not to tackle pro football. The Maroon star opted for private business, coaching, military
service and refereeing instead.

John Jacob "Jay" Berwanger (March 19, 1914 - June 26, 2002) was an American football halfback born in Dubuque, Iowa. He was the first winner of the Downtown Athletic Club Trophy in 1935 (the following year, though, the award was renamed the Heisman Trophy). Berwanger had been a star at the University of Chicago, whose legendary coach Amos Alonzo Stagg had been forced into retirement by the university immediately before Berwanger's first season on the varsity (1933). In a 1934 game against the University of Michigan, Berwanger left his mark on Michigan center Gerald Ford in the form of a distinctive scar beneath the future President's left eye.[1] Jay Berwanger played football and was a shot putter on the track and field team at Lyons Township High School in LaGrange, Illinois and was coached by Bert Gordon.
Berwanger also competed in track & field for the University of Chicago, setting a school decathlon record in 1936 that stood for over 70 years. It was recently broken by Zach Rodgers in 2007.[1].
In 1936, Berwanger was also the first player to be drafted by the National Football League in its initial college draft; he was selected first overall by the Philadelphia Eagles, who then traded his negotiating rights to the Chicago Bears. However, he chose not to play Professional Football and never played in the NFL.
After graduating, Berwanger was a sportswriter and later became a manufacturer of plastic car parts. He was very modest about the Heisman and used the trophy as a doorstop in his library. The trophy was later bequeathed to the University of Chicago Athletic Hall of Fame, where it was on display as of 2007. There is also a replica of the Heisman on display in the trophy case in the Nora Gymnasium at Dubuque Senior High School.
He is a member of the Chicagoland Sports Hall of Fame.

University of Chicago All-American football player. He was the first recipient of the Heisman Trophy, first player chosen during the first National Football League draft, and the only Heisman recipient to ever tackle a future president of the United States. Gerald Ford still has a scar to prove it. He was born in Dubuque, Iowa, where in high school he excelled at wrestling and track, as well as football. 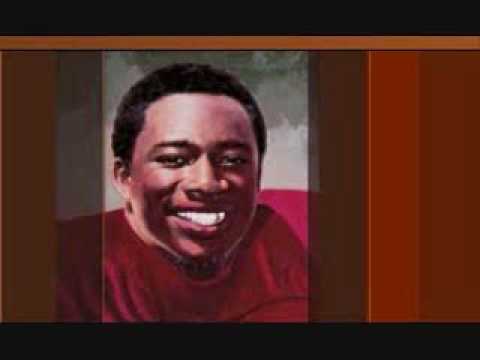