8, 1935, at approximately 9:20 p.m. Immediately after Long was shot, his alleged assassin, Dr. Carl Austin Weiss, a 29-year old local physician, was slain by Long's bodyguards, who pumped between 30 and 60 pistol bullets into the doctor's body as it thudded to the corridor floor.

Meanwhile Long, having been shot, emitted a cry, grabbed his side, turned and ran, and then descended four flights of stairs, leaving drops of blood on the marble steps. At the foot of the stairs he ran into a political associate who assisted him to the exit, hailed an automobile, and escorted him to a hospital several blocks away, where Long was admitted at 9:30.

On September 8, Huey was in the State Capitol in Baton Rouge for a special session of the Louisiana legislature, pushing through a number of bills including a measure to gerrymander opponent Judge Benjamin Pavy out of his job. According to the generally accepted version of events, Pavy’s son-in-law, Dr. Carl Weiss, approached Huey in a corridor and shot him at close range in the abdomen. Huey’s bodyguards immediately opened fired on Weiss as Huey ran to safety.

Weiss was killed instantly, and Huey was rushed to a nearby hospital, where emergency surgery failed to stop internal bleeding.

A team of experts undertaking a new investigation of the 1935 assassination of Senator Huey P. Long will exhume the remains of the young doctor long believed to have fired the fatal shot, a researcher says.

James E. Starrs, a forensic scientist at George Washington University in Washington, said the team would travel to Baton Rouge in October to dig up the remains of Dr. Carl A. Weiss.

Long, a populist former Governor, was known as "the Kingfish." His popularity extended beyond the borders of Louisiana when he was assassinated at the age of 42. He had let it be known that he would be a third-party candidate for President in 1936 or 1940. Died at the Scene

The 29-year-old Dr. Weiss died at the scene in the state Capitol after being shot by the Senator's bodyguards. 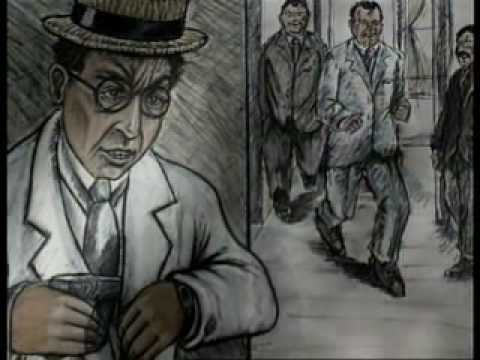