The following month two measures were announced at the annual Party Rally in Nuremberg, becoming known as the Nuremberg Laws.

Both measures were hastily improvised (there was even a shortage of drafting paper so that menu cards had to be used) and Jewish experts from the Ministry of the Interior were ordered to Nuremberg by plane.

The first law, The Law for the Protection of German Blood and German Honor, prohibited marriages and extra-marital intercourse between “Jews ” (the name was now officially used in place of “non-Aryans ”) and “Germans ” and also the employment of “German ” females under forty-five in Jewish households. The second law, The Reich Citizenship Law, stripped Jews of their German citizenship and introduced a new distinction between “Reich citizens ” and “nationals.”

One of the earliest statements of the Nazi party--the policy document of 1920 known as the Twenty-Five Points--explicitly foreshadowed the exclusion of Jews from German citizenship (Point 4).Thus, as soon as Hitler came to power in 1933, no time was lost in proceeding against Germany's Jewish citizens. In the early months of the regime, they were prey to unbridled violence by Party activists during the so-called Brown Terror. Officially, steps were immediately taken to dismiss Jews from the civil service, reduce their number in the professions, and curtail the students in schools and colleges. Partly as a ploy to bring order to the shameless Party activism against inoffensive citizens and to clarify the regime's attitude to German Jewry, the two measures outlined below were passed at a meeting of the Party Congress at Nuremberg on Sept. 15, 1935.

After much discussion, the definitions arrived at were as follows:

A Jew was anyone who was descended from three or four Jewish grandparents;

A Jew was also anyone with two Jewish grandparents and who belonged to the Jewish religion, or was married to a Jew as of the date of the adoption of the Laws;

A Mischling First Degree was anyone with two Jewish grandparents, but who did not belong to the Jewish religion and were not married to a Jew

A Mischling Second Degree was anyone descended from one Jewish grandparent.

The word "Mischling" roughly translates into English as "half-breed" or "mongrel". Those who suffered the most under the Final Solution were the Jews and the Mischlinge First Degree.

Source: 'What were the Nuremberg Laws?'; The Holocaust History Project, www.holocaust-history.org'. Added by: Colin Harris

The Nuremberg Laws or Nürnberg Laws (German: Nürnberger Gesetze) of 1935 were antisemitic laws in Nazi Germany introduced at the annual Nuremberg Rally of the Nazi Party. After the takeover of power in 1933 by Hitler, Nazism became an official ideology incorporating scientific racism and antisemitism. There was a rapid growth in German legislation directed at Jews who, without a clear legal method of defining who was Jewish, could escape its antisemitism. Many Germans of Jewish origin were secular and atheistic. The existence of laws identifying who was Jewish made it easier for the Nazis to introduce legislation restricting the basic rights of German Jews.

The Nuremberg Laws classified people with four German grandparents as "German or kindred blood", while people were classified as Jews if they descended from three or four Jewish grandparents. A person with one or two Jewish grandparents was a Mischling, a crossbreed, of "mixed blood". These laws deprived Jews of German citizenship and prohibited marriage between Jews and other Germans.

The Nuremberg Laws themselves included a ban on sexual intercourse between (people defined as) "Jews" and (non-Jewish) Germans, and preventing "Jews" from participating in German civic life. As to the Jews, these laws were, to some extent, an attempt to revert to a state of affairs previous their emancipation in the 19th century. 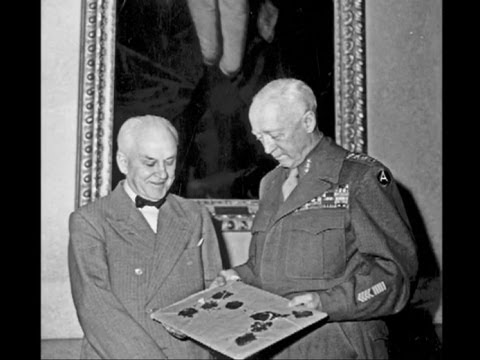