Burning of the SS Morro Castle

The SS Morro Castle was a luxury cruise ship of the 1930s that was built for the Ward Line for runs between New York City and Havana, Cuba.

In the early morning hours of Saturday, 8 September 1934, en route from Havana to New York, the ship caught fire and burned, killing a total of 137 passengers and crew members. The ship eventually beached herself near Asbury Park, New Jersey and remained there for several months until she was eventually towed away and sold for scrap.

The devastating fire aboard the SS Morro Castle was a catalyst for improved shipboard fire safety. Today, the use of fire retardant materials, automatic fire doors, ship-wide fire alarms, and greater attention to fire drills and procedures resulted directly from the Morro Castle disaster.

On September 7th, as the voyage drew near to its conclusion, the series of events that culminated in disaster commenced. Captain Wilmott, who had been - anecdotally - described as "not himself" was found dead in his bathroom at the start of the final Gala Evening at sea. Stories of poisoning and intrigue later circulated, but Wilmott's final recorded words ('could you mix me up an enema?' delivered by telephone) and the fact that he was found toppled over into his bathtub with his pants around his ankles strongly suggest that he died of a heart attack or a stroke while trying to force a bowel movement; the doctors who were summoned agreed that it most likely was a heart attack. That night, as the new chain of command was being established and the weather deteriorated a fire was discovered in a storage locker in the port side B deck Writing Room.

The Ward Line is best remembered as the line that operated the ill-fated Morro Castle of 1930. The turbo-electric liners Morro Castle and Oriente were the largest and finest Ward Line ships ever built, thougth hardly the most successful. Launced in the early stages of the Great Depression, the so-called "millionaire's yachts" were fast, well-appointed, and safer than most ships of their era. But a strange series of circumstances led to the Morro Castle's destruction by fire in September 1934, resulting in the loss of 134 lives-- the largest loss of life at sea in peacetime in U.S. history. 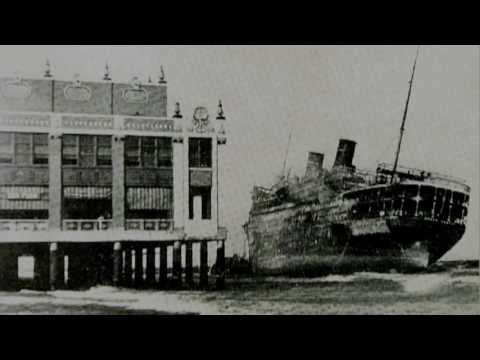 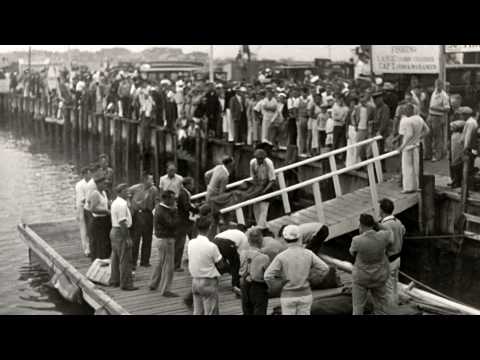