On Saturday, 22 September 1934, an explosion occurred at the Gresford colliery, near Wrexham.

Rescue workers worked tirelessly to reach the men trapped underground, but the dangers posed by further explosions resulted in a decision being taken to seal the pit. Two hundred and sixty-five men were killed, leaving behind over 500 widows, children and other dependants. As news of the disaster spread throughout the country, letters of condolence began arriving at the offices of the National Union of Mineworkers in north Wales.

On September 22 at 2:08 a.m. a violent explosion shook the Dennis section of mine, over a mile from the bottom of the shaft, and a fire took hold. At the time a total of 500 men were working underground at the colliery on the night shift. The night overman Fred Davies, who was on duty at the bottom of the shaft, telephoned the surface and Bonsall, the manager, immediately went into the mine to try and establish what had occurred. It was quickly reported that parts of the main road from the Dennis section were on fire beyond the Clutch and that a large number of miners, up to half of those on the shift, could have been trapped in the affected districts.

Six men from the Dennis section's 29's district had made a remarkable escape. They felt the explosion while sitting taking a break about 300 yards from the Clutch, and were advised by a colleague to leave the mine via the "wind road", the 29's air return drift. Around 30 men working in the 29's district gathered and were told to follow the initial party of six, who went ahead attempting to fan the air to mitigate the effects of the deadly afterdamp; however, when looking back, the leading group soon realised that the rest of the men had not followed them. After a long and difficult escape up 1 in 3 gradients, several ladders, and past several rockfalls once rejoining the main drift, the six miners met up with Andrew Williams, the under-manager, who along with Bonsall had immediately descended the shaft on being notified of the explosion.

Within a few hours of the first explosion, large crowds of miners and relatives had gathered in silence at the pit head, waiting for news to come. Volunteer rescue teams from Gresford and Llay Main collieries tried to enter the mine, but were initially hindered by the ferocity of the fire and a lack of fire fighting equipment and water. Three members of Llay no. 1 rescue team, the first to enter the mine after the explosion, were killed after being overcome by gas after being ordered to proceed up the mile-long return airway of the 20's district. The Llay team's leader, John Charles Williams, after finding the airway ahead of them narrowing to 3 feet by 3 feet and less, tried to save another member of the team by dragging him for over 40 yards towards safety before being overcome by gas himself. Williams was the only survivor from this team; he was said by his family to be the man who later wrote the anonymous broadside ballad "The Gresford Disaster", which was highly critical of the mine's management. 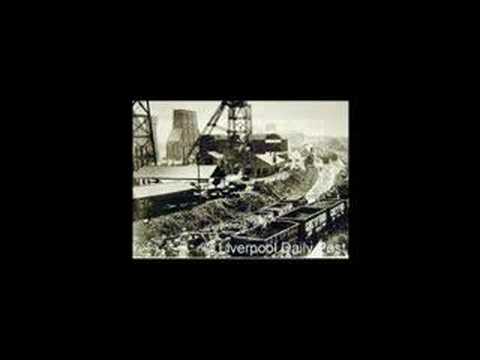