The Federal Bureau of Investigation was brought into the investigation to help identify the criminals, although the men had not violated any federal law.

It was one of the first cases in which the FBI intervened in matters outside of their jurisdiction. Using their superior fingerprint matching technology, they successfully identified all of the suspects and issued national bulletins offering rewards for their capture.

Dillinger and his gang, in the meantime, began a streak of bank robberies across Indiana. Among Dillinger's more celebrated exploits was his pretending to be a sales representative for a company that sold bank alarm systems. He reportedly entered a number of Indiana and Ohio banks and used this ruse to assess security systems and bank vaults of prospective targets. Another time, the gang pretended to be part of a film company that was scouting locations for a "bank robbery" scene. Bystanders stood and smiled as a real robbery ensued and Dillinger and friends rode off with the loot. Stories such as this only served to increase Dillinger's burgeoning legend. Dillinger was believed to have been associated with gangs who robbed dozens of banks and accumulating a total of more than $300,000. Banks allegedly robbed by John Dillinger and his associates included the Commercial Bank, Daleville, Indiana of $3,500 on July 17, 1933; Montpelier National Bank, Montpelier, Indiana of $6,700 on August 4, 1933; Bluffton Bank, Bluffton, Ohio, of $6,000 on August 14, 1933; Massachusetts Avenue State Bank, Indianapolis, Indiana, of $21,000 on September 6, 1933; Central Nation Bank and Trust Co., Greencastle, Indiana of $76,000 on October, 23, 1933; American Bank and Trust Co., Racine, Wisconsin of $28,000 on November 20, 1933; Unity Trust and Savings Bank, Chicago, Illinois of $8,700 on December 13, 1933; First National Bank, East Chicago, Indiana of $20,000 on January, 15, 1934; Securities National Bank and Trust Co., Sioux Falls, South Dakota of $49,500 on March 6, 1934; First National Bank, Mason City, Iowa of $52,000 on March 13, 1934; and Merchants National Bank, South Bend, Indiana of $29,890 on June 30, 1934.

To get more supplies, the gang attacked the state police arsenals in Auburn and Peru, stealing machine guns, rifles, revolvers, ammunition, and bullet proof vests. They then headed to Chicago to hide out. On December 14, one of the gang members murdered a police detective. A month later Dillinger led the gang in another bank robbery, holding up the First National Bank in East Chicago and killing one police officer. As police began closing in again, the men left Chicago to hide out in Florida, the Gardener Hotel in [El Paso, Texas], where a highly visible police presence dissuaded Dillinger from trying to cross the border at the Santa Fe bridge in Downtown [El Paso]/[Ciudad Juarez, Chihuahua, Mexico] and then Tucson, Arizona. 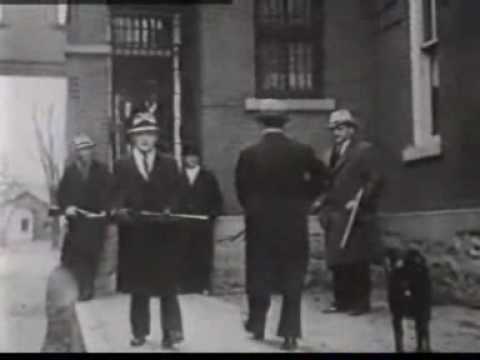 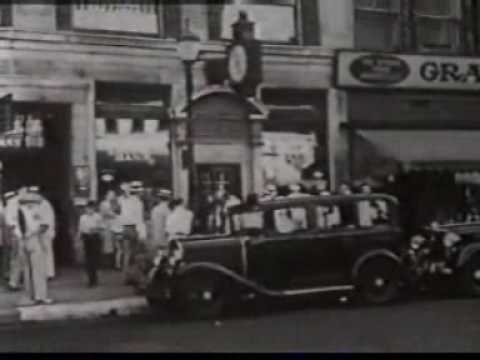 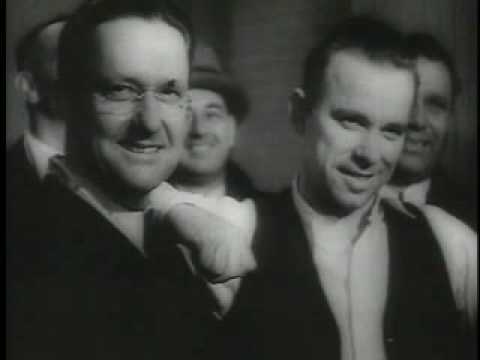