John Dillinger paroled after eight and a half years

Dillinger embraced the criminal lifestyle behind bars in the Indiana State Prison in Michigan City.

He became embittered against society because of his long prison sentence. He befriended other criminals, and was educated by seasoned bank robbers like Harry Pierpont of Muncie, Indiana and Russell "Boobie" Clark of Terre Haute on how to more successfully commit crime. The men planned heists that they would commit soon after they were released.

Dillinger was let out of prison once to visit his sick step-mother, but she died before he arrived at her home. He returned to prison and continued to serve until he was paroled on May 10, 1933 after serving eight and a half years. He immediately returned to crime. 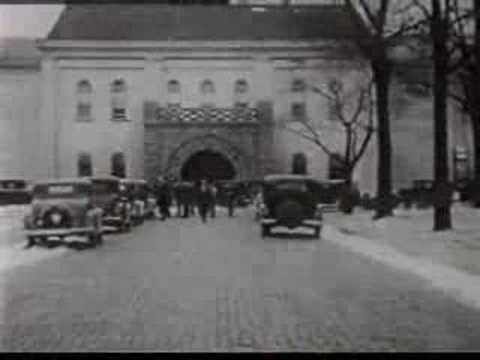