King Kong is a 1933 landmark black-and-white monster film about a gigantic gorilla named "Kong" and how he is captured from a remote lost prehistoric island and brought to civilization against his will.

The film was made by RKO and was originally written for the screen by Ruth Rose and James Ashmore Creelman, based on a concept by Merian C. Cooper. A major on-screen credit for Edgar Wallace, sharing the story with Cooper, was unearned, as Wallace became ill soon after his arrival in Hollywood and died without writing a word, but Cooper had promised him credit. A novelization of the screenplay actually appeared in 1932, a year before the film, adapted by Delos W. Lovelace, and contains descriptions of scenes not present in the movie.

The film is also shown in a computer colorized version.

"How would you like to star opposite the tallest, darkest leading man in Hollywood?" Enticed by these words, brunette leading lady Fay Wray dyed her hair blonde and accepted the role of Ann Darrow in King Kong -- and stayed with the project even after learning that her "leading man" was a 50-foot ape. The film introduces us to flamboyant, foolhardy documentary filmmaker Carl Denham (Robert Armstrong), who sails off to parts unknown to film his latest epic with leading lady Darrow in tow. Disembarking at Skull Island, they stumble on a ceremony in which the native dancers circle around a terrified-looking young girl, chanting, "Kong! Kong!" The chief (Noble Johnson) and witch doctor (Steve Clemente) spot Denham and company and order them to leave. But upon seeing Ann, the chief offers to buy the "golden woman" to serve as the "bride of Kong." Denham refuses, and he and the others beat a hasty retreat to their ship. Late that night, a party of native warriors sneak on board the ship and kidnap Ann. They strap her to a huge sacrificial altar just outside the gate, then summon Kong, who winds up saving Ann instead of devouring her. Kong is eventually taken back to New York, where he breaks loose on the night of his Broadway premiere, thinking that his beloved Ann is being hurt by the reporters' flash bulbs. Now at large in New York, Kong searches high and low for Ann (in another long-censored scene, he plucks a woman from her high-rise apartment, then drops her to her death when he realizes she isn't the girl he's looking for). After proving his devotion by wrecking an elevated train, Kong winds up at the top of the Empire State Building, facing off against a fleet of World War I fighter planes. ~ Hal Erickson, All Movie Guide 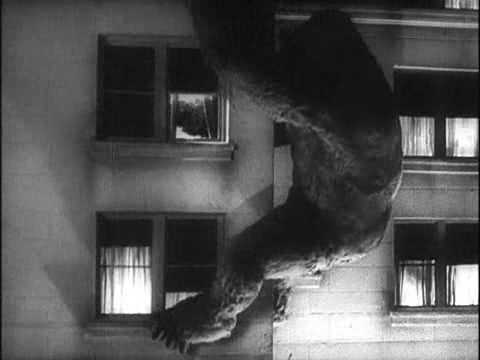 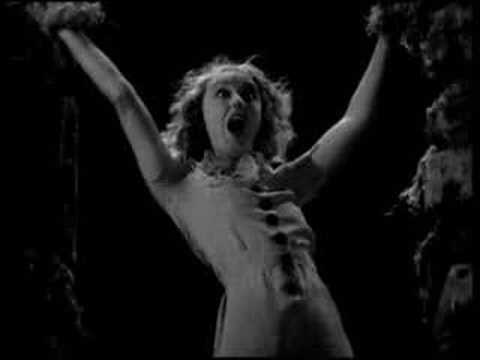 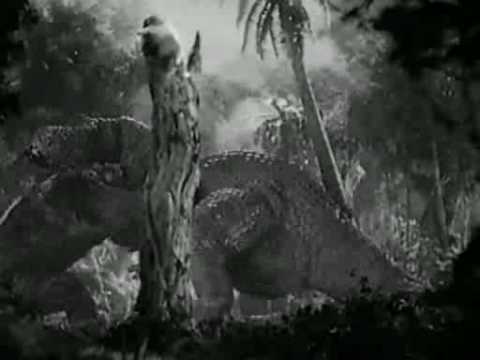 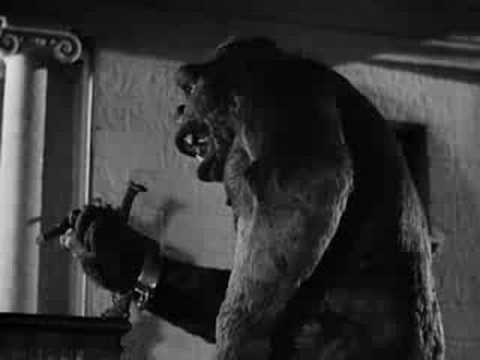