The Reichstag Fire Decree is the common name of the Order of the Reich's President for the Protection of People and State issued by German President Paul von Hindenburg in direct response to the Reichstag fire of February 27, 1933.

The decree nullified many of the key civil liberties of German citizens.

With Nazis in powerful positions in the German government, the decree was used as the legal basis of imprisonment of anyone considered to be opponents of the Nazi, and to suppress publications not considered "friendly" to the Nazi cause. The decree is considered by historians to be one of the key steps in the establishment of a one-party Nazi state in Germany.

The Reichstag fire was an arson attack on the Reichstag building in Berlin on February 27 1933. The event is seen as pivotal in the establishment of Nazi Germany.

At 21:25hrs (UTC +1), a Berlin fire station received an alarm call that the Reichstag building, the assembly location of the German Parliament, was ablaze. The fire started in the Session Chamber, and by the time the police and firefighters had arrived, the main Chamber of Deputies was engulfed by flames.

Inside the building, a thorough search conducted by the police resulted in the finding of a naked Marinus van der Lubbe. Van der Lubbe was a Dutch insurrectionist, council communist and unemployed bricklayer who had recently arrived in Germany, ostensibly to carry out his political activities. The fire was used as evidence by the Nazis that the Communists were beginning a plot against the German government. Van der Lubbe and four Communist leaders were subsequently arrested. Adolf Hitler, who had been sworn in as Chancellor of Germany four weeks before, on 30 January, urged President Paul von Hindenburg to pass an emergency decree in order to counter the "ruthless confrontation of the Communist Party of Germany". With civil liberties suspended, the government instituted mass arrests of Communists, including all of the Communist parliamentary delegates. With them gone, and their seats empty, the Nazis went from being a plurality party to the majority; subsequent elections confirmed this position and thus allowed Hitler to consolidate his power. 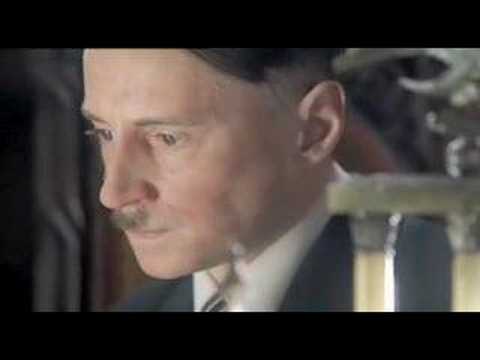