Reign of Mohammad Zahir Shah over the Kingdom of Afghanistan

Zahir Khan was proclaimed King (Shah) on 8 November 1933, after the assassination of his father Mohammed Nadir Shah.

Following his ascension to the throne he was given the regnal title "confident in God, follower of the firm religion of Islam". For the first thirty years he did not effectively rule, ceding power to his paternal uncles, Sardar Mohammad Hashim Khan and Sardar Shah Mahmud Khan. This period fostered a growth in Afghanistan's relations with the international community as in 1934, Afghanistan joined the League of Nations while also receiving formal recognition from the United States. Throughout the 1930s, agreements on foreign assistance and trade had been reached with many countries, most notably Germany, Italy, and Japan.

Following the end of the Second World War, Zahir Shah recognised the need for the modernisation of Afghanistan and recruited a number of foreign advisers to assist with the process. During this period Afghanistan's first modern university was founded. During his reign a number of potential advances and reforms were derailed as a result of factionalism and political infighting.

Zahir Shah was able to govern on his own in 1963 and despite the factionalism and political infighting a new constitution was introduced in 1964 which turned Afghanistan into a modern democratic state by introducing free elections, a parliament, civil rights, liberation for women and universal suffrage.

By the time he returned to Afghanistan in the twenty-first century, his rule was characterized by a lengthy span of peace, but with no significant progress.

In 1973, while Mohammed Zahir Shah was in Italy undergoing eye surgery as well as therapy for lumbago, his cousin and former Prime Minister Mohammed Daoud Khan staged a coup d'état and established a republican government. As a former prime minister, Daoud Khan had been forced to resign by Zahir Shah a decade earlier. In the August following this coup, Zahir Shah abdicated rather than risk an all-out civil war.

Zahir Shah lived in exile in Italy for twenty-nine years in a modest four-bedroom villa in the affluent gated community of Olgiata on Via Cassia, north of the city of Rome where he spent his time playing golf, chess and tending to his garden. He was barred from returning to Afghanistan during Soviet-backed Communist rule in the late 1970s. In 1983 during the Soviet war in Afghanistan, Zahir Shah was cautiously involved in plans to head a government in exile. Ultimately these plans failed because he could not reach a consensus with the powerful Islamist factions. 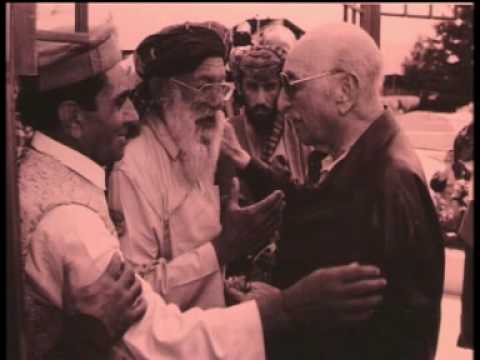