Johnny Cash (February 26, 1932 – September 12, 2003), born J. R. Cash, was an American singer-songwriter, actor, author, and Biblical scholar, who was one of the most influential musicians of the 20th century.

Although he is primarily remembered as a country music artist, his songs and sound spanned many other genres including rockabilly and rock and roll—especially early in his career—as well as blues, folk, and gospel. Late in his career, Cash covered songs by several rock artists, among them the industrial rock band Nine Inch Nails.

Cash was given the name "J.R." because his parents could not agree on a name, only on initials. When he enlisted in the United States Air Force, the military would not accept initials as his name, so he adopted John R. Cash as his legal name. In 1955, when signing with Sun Records, he took Johnny Cash as his stage name. His friends and in-laws generally called him John, while his blood relatives usually continued to call him J.R. 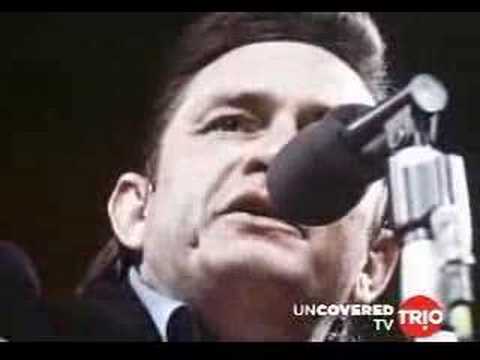