"The Public Enemy" Is Released

The Public Enemy is a 1931 pre-Code American crime drama film starring James Cagney and directed by William A. Wellman.

The movie relates the story of a young man's rise in the criminal underworld in prohibition-era urban America. The supporting players include Jean Harlow, Edward Woods, Joan Blondell, Beryl Mercer, Donald Cook, and Mae Clarke. The film, which was based on the novel Beer and Blood by John Bright, launched Cagney to stardom.

Many of the characters in the movie were based on actual people, although some currently available copies are from the censored and cut 1949 reissue (from the Hays Code era) in which the character of real-life gangster Bugs Moran was removed. However, some controversial items, like a scene in which Tom Powers (Cagney) hits his girlfriend in the face with a grapefruit, were left in that release.

The Public Enemy was selected for preservation in the United States National Film Registry by the Library of Congress as being "culturally, historically, or aesthetically significant" in 1998.

William Wellman's landmark gangster movie traces the rise and fall of prohibition-era mobster Tom Powers. We are first shown various episodes of Tom's childhood with the corrupting influences of the beer hall, pool parlor, and false friends like minor-league fence Putty Nose. As young adults, Tom (James Cagney) and his pal, Matt Doyle (Edward Woods), are hired by ruthless but innately decent bootlegger Paddy Ryan (Robert Emmett O'Connor). The boys quickly rise to the top of the heap, with all the accoutrements of success: custom-tailored tuxedoes, fancy cars, and gorgeous girls. All the while, Tom's loving (and somewhat addlepated) mother (Beryl Mercer) is kept in the dark, believing Tommy to be a good boy, a façade easily seen through by his older brother Mike (Donald Cook). Tommy's degeneration from brash kid to vicious lowlife is brought home in a famous scene in which he smashes a grapefruit in the face of his latest mistress (Mae Clarke). Some dated elements aside, The Public Enemy is as powerful as when it was first released, and it is far superior to the like-vintage Little Caesar. James Cagney is so dynamic in his first starring role that he practically bursts off the screen; he makes the audience pull for a character with no redeeming qualities. The film is blessed with a superior supporting cast: Joan Blondell is somewhat wasted as Matt's girl, Mamie; Jean Harlow is better served as Tom's main squeeze, Gwen (though some of her line readings are a bit awkward); and Murray Kinnell is slime personified as the deceitful Putty Nose, who "gets his" in unforgettable fashion. Despite a tacked-on opening disclaimer, most of the characters in The Public Enemy are based on actual people, a fact not lost on audiences of the period. Current prints are struck from the 1949 reissue, which was shortened from 92 to 83 minutes (among the deletions was the character of real-life hoodlum Bugs Moran). ~ Hal Erickson, All Movie Guide 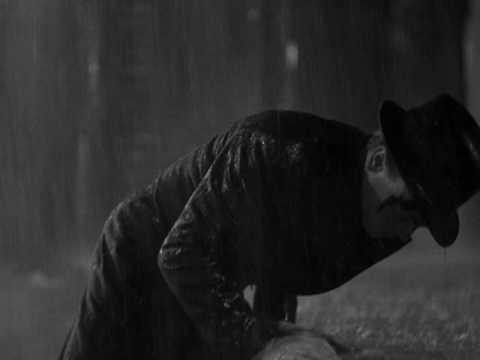 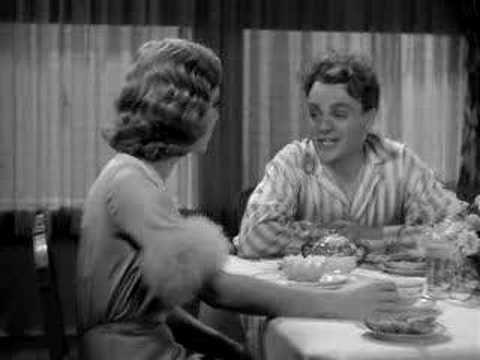